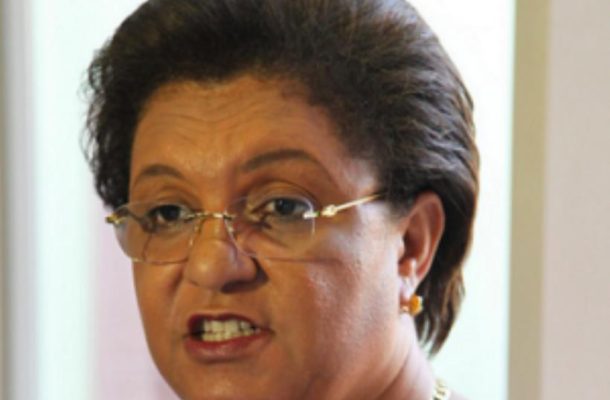 … Visitors Asked To Pay Without Receipt  … Baptist Church Expresses Concern
The President of the Ghana Baptist Convention, Rev. Dr Ernest Adu-Gyamfi has appealed to the government through the Foreign Ministry to reduce the $150 charged for arrival visa at the Kotoka International Airport.

According to him, the arrival visa fee is three times higher than what visitors are asked to pay in other airports on the African continent.

Speaking at the opening of a four-day All Africa Baptist General Assembly, hosted by Ghana Baptist Convention, under theme –“Jesus Christ the door of hope”, in Accra yesterday, Dr Adu-Gyamfi said in some of the African countries, they charge $50 as arrival visa fee and that Ghana's appears to be higher.

According to him, information given to him by some of the participants who came from various parts of Africa indicate that a visitor who pleads for reduction of the fee is asked to pay less, but he or she would not be given a receipt.

Where do those revenues go, he asked and pleaded with the government to address the situation.  The second lady, Mrs. Matilda Amissah-Arthur, who was the guest speaker promised to carry the visa fees complaint to the appropriate governmental quarters for redress.

She, however, noted that Ghana was lagging behind development because persons, especially Christians with the right and appropriate talents, wisdom and expertise are afraid to venture into active politics.

According to her, though the church has produced competent people who can effectively manage the affairs of the country, they feel threatened about the negative things other people might say about them.

However, Mrs. Amissah-Arthur encouraged Christians to stay away from the shame associated with politics, so as to bring on board well intentioned persons to help shape the fortunes of the country and Africa as a whole.

She urged all Ghanaians to do their part to promote and project the image and development of the country.

Addressing the theme, which was drawn from Colossians 1:2: “To them God chose to make known how great among the Gentiles are the riches of the glory of this mystery, which is Christ in you, the hope of glory”, she indicated that Christians' portrayed characters could help the unbeliever repent to accept the gospel.

The President of Baptist World Alliance (BWA), Dr Paul Msiza stated that Africa was facing leadership crises because those who colonialized various parts of the continent were greedy and left the demon of greediness hurt the people.

He said Africa leaders, instead of being agents of change, rather become power drunk and would seize power without considering the effect.

Dr Paul Msiza said bad leaders were produced out of colonial greediness, destroy monuments built by others and doesn't give credit to leaders who built those monuments.

He encouraged Africans to hail and embrace leaders that are willing to make history by leaving a good legacy behind.

The BWA president urged politicians not to look beyond the church when they want people with integrity, wisdom, knowledge and understanding to run the affairs of the nation, adding: “Don't forget to look into the church for competent people, because they can make the change if they are given the opportunity.”

On the other hand, he charged the church to shy away from preaching prosperity instead of salvation and hope in the Lord Jesus Christ.  The four-day assembly is made of 64 unions and conventions from 34 countries across the African continent.