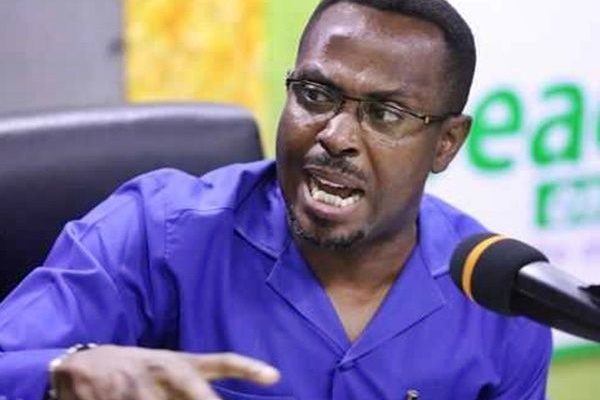 Former Central Regional Minister, Kwamena Duncan, has taken a swipe at Ex-President John Mahama who has accused the Electoral Commission (EC) of thumbprinting 1 million ballots for President Nana Akufo-Addo during the 2020 elections.

The former President, who was the 2020 Presidential candidate of the National Democratic Congress (NDC), is reported as saying the EC used soldiers to cow his party's polling agents at the collation centres and also stuffed ballots in favour of the President.

"2020 was Ghana’s worst election. If I was marking her, I would have given her an F. She is marking her own paper after the examination so she can give herself any mark she likes...Tell me which election in Ghana was ballot papers printed yet one million ballot papers were found elsewhere . . . We didn’t witness this under Dr Kwadwo Afari-Gyan. She [Jean Mensa] knew there was ballot stuffing," the former President said in an interview quoted on 3news.com.

Kwamena Duncan, in response, finds Mr Mahama's claims ridiculous as he wondered why he (Mahama) never forwarded such claims to the Supreme Court during his election petition case.

He read a constitutional provision that gives a 21-day period for any person who has an issue with the elections to file a case in the court to challenge the legitimacy of the winner, which President Mahama and his NDC did; however asking ''are you saying that, within 21 days after the declaration, you did not have this evidence? You did not have it?''

To him, what Ex-President Mahama seeks to do is to have power at all cost, hence resorting to making wild allegations against the EC.

Meanwhile, the Electoral Commission has called for Police investigations into the former President's allegations.

"The Former President has said the EC thumb printed 1million ballots in favour of the president. This is untrue. This is a grave matter that undermines the credibility of our electoral process and should not be ignored. We call on him to provide evidence to support his claim. This is not a matter to be ignored and we call on the Ghana Police Service to investigate this.

"The Transparency of our process makes it totally impossible for this to happen . . . Our ballot papers also have security features, so any trace of new material will be clearly visible . . . Stuffing cannot be done-it is impossible. We call on the Former President in the interest of our democracy to provide evidence of the stuffing of the ballot boxes by the EC," the Commission further argued.