10 Reasons you’ve got bumps on your vagina 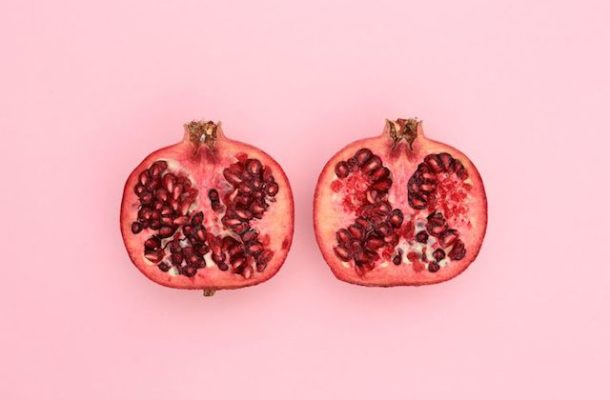 Listen, no one's going to be thrilled to see a bump on their vagina. But are all bumps worth the meltdown?

“Most of my patients worry about cancer or herpes when they see vaginal bumps. But most of the time, bumps are benign and temporary,” says Alyssa Dweck, M.D., gynecologist at CareMount Medical in New York and co-author of  The Complete A to Z for Your V.

Truth is, herpes isn't usually described as a "bump" either. “Herpes is actually not bumps, but blisters and some open sores,” says Carolyn DeLucia, M.D., of VSPOT Medi SPA in New York City.“They are painful and ooze fluid, and they eventually scab over.”

So unless your vagina bumps are erupting like small, achy volcanoes (in which case, see your doctor right away), it’s likely that they're harmless, or at least totally treatable.

(BTW: Herpes isn't the life-ruining diagnosis you think it is, either.) Here's what might be up down there.

You probably thought pimples were over with as soon as you peaced out of your teen years, but breakouts can still haunt you in adulthood—and not only on your face.

“Same as anywhere else on the body, we may develop acne on your vagina as well,” says DeLucia. They look just like any other acne blemish would: red, irritated, and sometimes filled with pus.

Uncomfortable as the zits may be, fight the urge to squeeze them. DeLucia recommends keeping your hands to yourself and letting your skin clear up on its own: "Vaginal acne usually resolves itself, as it does on the face.”

2. Your hair removal routine is irritating your skin.

Removing hair down there can be a real bitch. Aside from making the delicate skin along your bikini line itchy, it can also lead to ingrown hairs and folliculitis—a fancy term for an infected hair follicle.

“Due to efforts to treat the vaginal area with depilatories, shaving, and waxing, the hairs that grow back may get trapped [under the skin] and infected, causing bumps and pain,” says DeLucia.

Slacking off on the hair removal of your vagina for a week or two should help prevent a hairy situation from getting worse, but grooming-inflicted bumps usually tend to go away on their own anyway, says Eve Espey, M.D., professor and chair of the obstetrics and gynecology department at the University of New Mexico School of Medicine.

3. You have new moles or skin tags.

Over time, continuous friction caused by skin-to-skin or skin-to-clothing contact can result in skin tags (soft, painless flaps of skin).

Skin tags don’t pose a threat to your health and usually don’t require medical treatment—unless, of course, they annoy you to the point where you simply want to remove them.

Moles are a bit of a different story: For the most part they’re no biggie, but it’s important that you’re able to tell the difference between the normal and suspicious varieties—especially if you spend a lot of time in the sun.

According to the Skin Cancer Foundation, normal moles are usually round and regularly shaped, and they can be either flat or raised.

Atypical moles, however, tend to be asymmetrical and multicolored, and their size can increase over time—and yeah, they can show up in your groin area too, says DeLucia.

If your hoo-ha has sprouted a brown spot that looks sorta funky, get it checked out right away.

4. You have sebaceous cysts

Between sitting at a desk from nine to five, working up a sweat at the gym after-hours and wearing constrictive underwear practically every minute of the day, your vagina definitely doesn’t get nearly as much fresh air as it needs.

A constantly stuffy environment between your legs and incessant rubbing against clothing can lead to the growth of sebaceous cysts (fluid-filled bumps that can appear like acne).

“They’re often found in the groin area,” says Espey. “They can become infected, but the infection usually stays right in that area.”

Warm soaks and a visit to the doctor might be needed to treat sebaceous cysts, says DeLucia, but they’re nothing to lose sleep over.

5. You have genital warts.

Vaginal warts are a type of sexually transmitted infection (STI), and they’re often caused by specific strains of the human papillomavirus(HPV).

They’re small in size, they can be rough or smooth on the surface, and they’re typically skin colour or slightly darker.

“Warts do not cause health problems,” says Espey, “though most women seek treatment because of the stigma and cosmetic concerns around having genital warts, [which are contagious through sexual contact].”

Although the warts themselves aren’t dangerous, you should still check in with your physician to find out if they were caused by HPV, which could put you at risk for cervical cancer and other issues.

6. You have a Bartholin's cyst

If the weird bump is around the opening to your vagina, it may be a Bartholin's cyst, says Allison Hill, M.D., an ob-gyn at Good Samaritan Hospital in Los Angeles and co-author of The Mommy Docs' Ultimate Guide to Pregnancy and Birth.

You have glands on each side of your vaginal opening that are responsible for helping you get wet down there and stay nice and lubricated for fun times, but occasionally these can get blocked or backed up with fluid.

The cyst on its own isn't a huge deal but sometimes they get infected, becoming painful and pus-filled, Hill says.

If the cyst is small and painless, your doc will probably tell you to wait it out and it will go away on its own but if it becomes large and/or painful you need to see your doctor right away.

They can drain the cyst and prescribe antibiotics if necessary, she says.

7. You have ingrown hairs

Pubic hair is characterised by its curly shape, but that tight coil can have a major downside: Pubic hairs are way more likely than other hairs to burrow back into your skin, causing ingrown hairs.

"The most common reason I see for painful bumps in the vaginal area are ingrown hairs," Hill says.

These can become infected, but it's pretty rare—more often than not they're just itchy and annoying, she adds.

You can use tweezers and a mirror to try and remove the offending hair on your vagina yourself, or you can leave it alone and it should eventually heal on its own.

If the bumps aren't going away or show signs of infection (redness, swelling, pain, or pus), check in with your doc, she says.

8. You have molluscum contagiosum

No, it's not a Harry Potter spell—molluscum contagiosum is a scary sounding name for a common, benign condition.

These small, pearly, firm bumps are a result of a skin infection caused by the molluscum contagiosum virus, and they're typically the only symptoms. Sometimes, can get larger, turn red, itch and ooze.

These bumps can appear anywhere on your skin, including your face, hands, and yes, genitals, Hill says. You get them by coming into contact with someone or something carrying the virus—say, by having sex or sharing a towel with someone who has open sores.

You can even give them to yourself. If the bumps are oozing, they're contagious, and when you scratch them you can accidentally spread them to other parts of your body.

For most people, the bumps go away without treatment within a few months (as long as you don't scratch them and keep spreading them!) but if you have immune problems you may need medical treatment, she says.

9. You have an infected sweat gland

Sweat glands are everywhere, including in your groin, as any girl who's ever worn gray leggings during a workout can attest. And those sweat glands can get infected, causing a swollen, painful bump, Hill says.

Women who work out in tight leggings (which is pretty much all of us, right?) are particularly at risk for this affliction—especially if you don't shower right away, she says.

Staying in your damp workout pants, undies, or swimsuit, especially those that aren't made out of wicking fabric, traps the sweat against your skin which can cause your sweat glands to become blocked or infected.

Proper hygiene, including thoroughly rinsing your vaginal area with clean water and changing into dry clothes as soon as possible, will prevent most of these bumps, she says.

Otherwise, they'll probably go away on their own; but if they show signs of infection, call your doctor.

This "old-fashioned" STD is making a comeback in a big way, with new cases of syphilis in women increasing over 20 percent in the past year in the U.S., according to the most recent data from the Centers for Disease Control and Prevention.

The first sign of syphilis is one or more small, painless bumps at the site of the infection—usually your genitals or mouth, says David Diaz, M.D., a reproductive endocrinologist at Orange Coast Memorial Medical Center in Fountain Valley, California.

The bumps stay for three to six weeks then disappear on their own—but make no mistake, this doesn't mean the syphilis is gone and you need treatment ASAP, Diaz says, otherwise, it could become life-threatening.

Syphilis is highly treatable with antibiotics but the sooner you catch it, the better. If you have any reason to believe you've been exposed to an STD, get tested, he says.