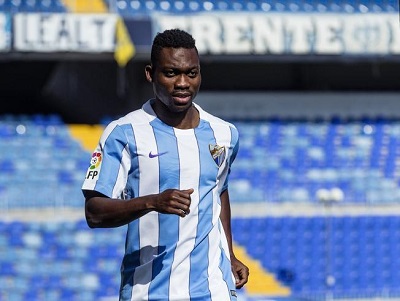 Ghana and Chelsea winger Christian Atsu could join Spanish side Las Palmas after he was declared surplus to requirement by new Chelsea boss Antonio Conte.

Atsu signed for Chelsea three seasons ago but has seen his time with the English giants become a nightmare with some frustrating loan spells.

This season represented a huge statement after he returned to pre-season early all in an aim to catch the eye of Antonio Conte.

But after just two games for the dethroned English Champions Atsu failed to make the grade and has been told to look elsewhere.

He has been linked with a host of clubs including Canarian side Las Palmas who have just signed fellow Ghanaian midfielder Mubarak Wakaso.

Atsu will be seeking a permanent move from Chelsea after trying three times to get a look at Stamford Bridge.