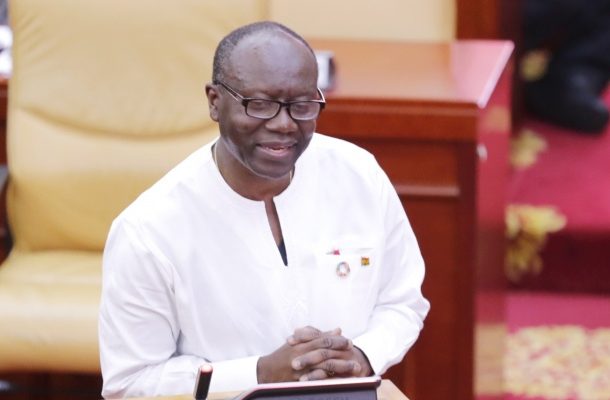 Ghana’s economy is 24.5 per cent larger under the presidency of Nana Addo Dankwa Akufo-Addo, Minister of Finance, Ken Ofori-Atta has said.The expansion, he said, came about after the Ghana Statistical Service (GSS) completed the GDP re-basing exercise in September 2018.The re-basing, Mr Ofori-Atta told parliament on Thursday, 15 November, resulted in a number of changes in some economic indicators.“The good news is that per capita GDP rose from GHS7,110 to GHS8,863. On the other hand, with the expanded GDP base, the 2017 GDP growth rate of 8.5 per cent was revised down to 8.1 per cent, which is still the highest in recent years. We are fully aware of what happened the last time Ghana’s economy was rebased, in November 2010, resulting in a 63 per cent upward change. It gave the then managers of the economy a false sense of security, as the debt-to-GDP ratio was significantly reduced. They went on a borrowing spree, forgetting that rebasing also exposed how very little revenue we raise through taxation,” Mr Ofori-Atta said when he presented the 2019 budget statement.He said during the first half of 2018, real GDP grew by 5.4 per cent, reflecting slower growth in the oil sector compared to 2017, “But we are still on track to achieve our revised target of 5.6 per cent growth this year. Much of the higher growth in the past two years reflects our prudent economic management and flagship programmes that respond to the realities of the majority of our citizens.”In addition, Mr Ofori-Atta said the government is on course to achieve its fiscal deficit target of 4.5 per cent for the year (3.7 % in the re-based series).According to him, not only is the government growing the economy, but the Bank of Ghana has also implemented the monetary policy which has resulted in inflation dropping to a single digit, lowering interest rates, and a relatively stabilising the currency, despite the recent turbulence in emerging markets, and the strengthening of the U.S. Dollar.