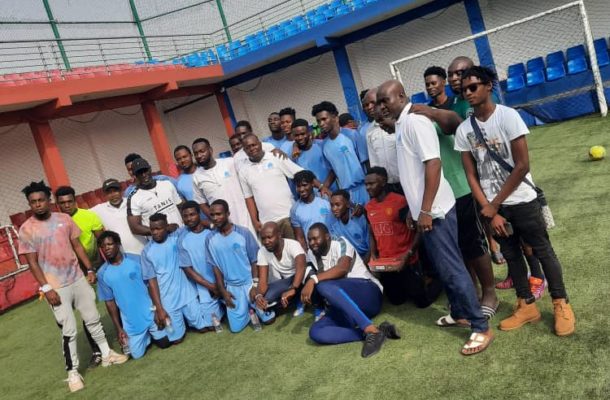 Alhaji Salamu Amadu, The Group Chairman Of The Award-Winning Group The Afro-Arab Group of Companies on behalf of the Afro-Arab Microfinance Presented a cheque of Two Thousand Ghana Cedis to the Zabarma team after Winning the maiden Zongo Inter Tribal Football Gala.

The Zabarma team on Saturday beat the Kotokolis by 1-0 in the Grand Finale played at the Kanda Cluster of Schools park.

Alhaji Salamu Amadu, a Zabarma by tribe was instrumental in the team's success story from the start of the tournament and capped it off with a 2000Ghc cash prize. 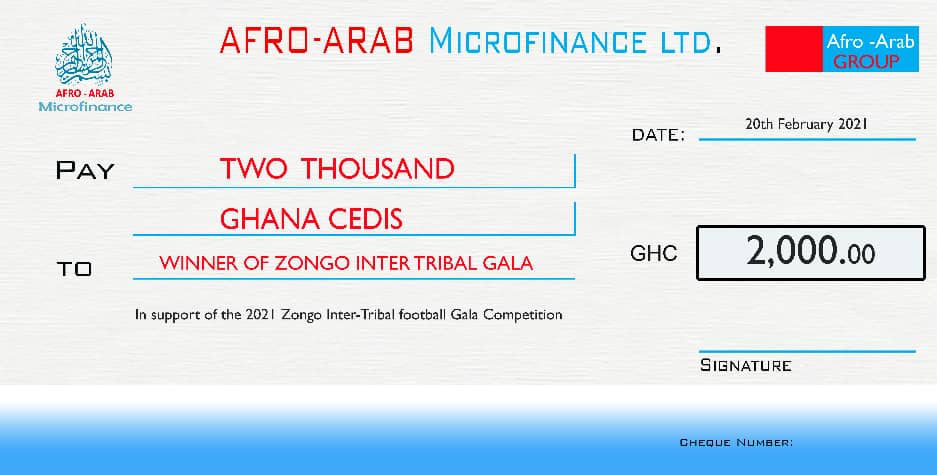 He is a known Philanthropist and business mogul, supporting many projects in the Zongo communities.

The National Council of Zongo Chiefs of Ghana on the 21st November 2020 honoured the leader and Chairman of the Afro-Arab Group of Companies, Alhaji Salamu Amadu at the Kawkudi Park as the National Youth Ambassador.

He described the prize as a Corporate Social Responsibility by his company.

"As part of my efforts in making sure the youth in the Zongo communities across the country unite for development on behalf of the Afro-Arab Microfinance I presented a cheque of Two Thousand Ghana Cedis to the Zarbarimas for emerging as the winners of the 2021 Tribal Football Gala.

As we are all aware football is a game of unity so as part of our Cooperate Social Responsibilities and our Tenth Anniversary Celebrations we gave the winners a prize".

"There is a lot that we have done for the youth in the Zongos and we will continue to do more for them to attain their visionary skills. As an ambassador for the youth, I did this to motivate them to keep on Pushing and also to preach unity among themselves; Alhaji Salamu Amadu Added.

The Astute Business Mogul Alhaji Salamu also supported the Zarbarima team by paying winning bonuses and Soccer boots for each player among the technical team for winning the ultimate.

The final match between the Zabarima team and the Kotokori team ended with a goal to nil in favour of Team Zabarima.