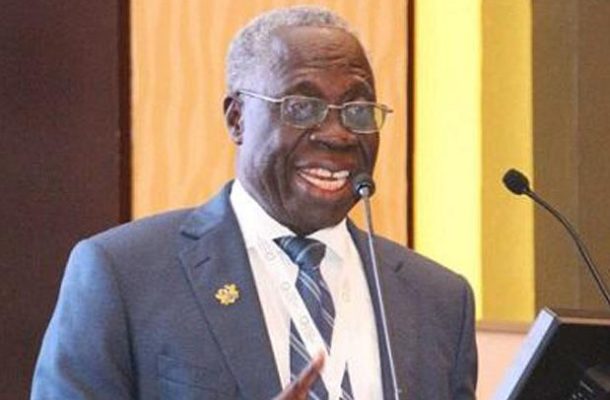 The Senior Presidential Advisor, Mr Yaw Osafo-Maafo has described the 2022 Budget Statement and Economic Policy of the government which is currently before Parliament as one of the best the country has ever produced.

Mr Osafo-Maafo made this known today at the launch of the Ghana TVET Service today in Accra.

“Indeed, this current budget is one of the best this country has ever produced,” Mr Osafo-Maafo said.

“Because, there are two things in it which are fundamental and these are some entrepreneurship training that we are putting as part of a responsibility of government to ensure that the youth is resourced financially to be entrepreneurial, that people cannot use access to funds as a handicap. That people can develop skills and become entrepreneurs.

“The introduction of the E-levy is extremely critical. These two things in this budget, people must hail it, it is fundamentally a good document”.

Mr Osafo-Maafo charged the country’s youth to move beyond the “I want a job mentality” to embracing a mentality of “I am creating a job for myself and others”.

Some stalwarts of the opposition National Democratic Congress (NDC), led by the General Secretary, Mr Johnson Asiedu-Nketiah, have argued that the budget in its current state would increase the tax burden of the people, raise the cost of living and collapse businesses.

They mentioned that the planned introduction of the E-levy, the reversal of a discount policy on benchmark values of imports and the 15 per cent increase in the cost of all government services as some of the policies that would make the people worse off.

They described as misleading, the position of the government that proceeds of the new taxes would be used to tackle employment and entrepreneurship.

Additionally, the party has said it would marshal all its 137 Members of Parliament (MPs) to reject the budget which it has christened “AwudieBudget”.