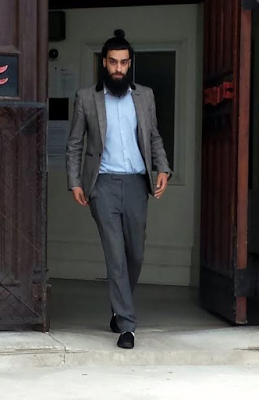 A 24 year old teaching assistant Hamid Bhatti, allegedly slept with a 15 year old year ten pupil 14 times after grooming her while on a work placement at her school, a court heard on Monday.

According to the court hearing, Bhatti was caught having a fling with the then 15-year-old schoolgirl after her mother found his love note saying, “You were amazing last night as always”.

The girl, had developed a “crush” on him and thought he was “good looking” after seeing him in an art lesson before he lavished her with love notes and jewellery before having sex with her on his bedroom floor while her her teenage friend slept in his bed, prosecutors claim

Bhatti who has a thick black beard and long hair also told her he loved her and gave her a necklace, money and a cushion with ‘I love you’ written on it, the court heard.

He's been charged with five counts of sexual activity with a child at least 14 times between May 2014 and February 2015, but he denies all the charges.

He's also denied an extra charge of child abduction after the girl went missing and he allegedly ignored an order made by police banning him from having any contact with the girl.

“The Crown says that he knew full well how old the girl was. A sexual relationship between them started in May 2014 when he worked at the school and she was a pupil. That sexual relationship continued throughout later 2014 into 2015, which is why she was prepared to lie to the police and tell them that nothing happened when she was interviewed. It was because they were in a relationship together and she was protecting him.

Even after he was sacked by the school, the girl and Bhatti, maintained that they had never slept together, while Bhatti claiming the girl was “pestering” him.

“She said that although she had a crush on Hamid Bhatti and had stayed at his house, they never had sex. The girl was clearly protecting them because the two of them were having a sexual relationship and they didn’t want anyone, particularly the police or her parents, to find out.”

In October 2014, the girl’s mum called police after finding a handwritten note among her daughter’s belongings.

Bhatti, who currently lives in Rochdale, Yorks., allegedly wrote: “Hey baby, I’m sorry I had to leave this morning for work. You were amazing last night as always.

“I hope you get this message and leave me a note. Plan to see you soon. I love you. P.s. don’t forget to go to the doctors.”

Police after searching his bedroom discovered a used condom with the girl's DNA found in the semen sample. 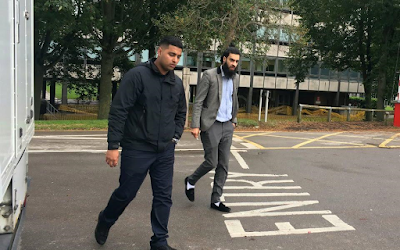 Bhatti was arrested and charged with having sexual activity with a minor in June 2015, after the girl finally told police the “whole truth”.

Bhatti admits sleeping with the girl in February 2015 but denies knowing she was underage at the time.