GES rejects claims of ‘poor WASSCE results’; says Gov’t is proud of it 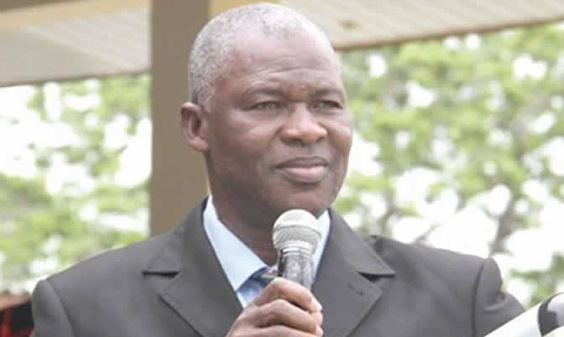 The Ghana Education Service has rubbished claims of massive failure in this year’s West African Senior Secondary Certificate Examination (WASSCCE), describing it as completely false. It said it was unfortunate that some people were peddling falsehood that “this year, the performance of the students was not good. I bet to differ” “I am proud and I think the government will also be proud,” its Director General, Jacob Kor said on Friday, noting that claims circulating everywhere that this year’s WASSCE result “is not good, are false!”. Claims of poor performance The West African Examinations Council on Tuesday released the 2016 WASSCE results, describing them as “slightly better” than that of 2015 but there has been mixed reaction to the results by some people who believe otherwise. Their contention stems from the fact that 1,576 candidates had some of their subject results cancelled while 598 candidates had their entire results cancelled. New Patriotic Party’s flagbearer, Nana Addo Dankwa Akufo-Addo expressed indignation about the results and that he was saddened by the fact that less than half of the students qualified to enter into the various universities. “That less than half of senior secondary school certification examination had the requisite grades for the university is a very, very sad day for the development of our country,” he told the chiefs and people of Sewfi-Ahwiaso on Wednesday. But addressing the National Cadet Corps leadership training camp at the Asuansi in the Central Region Friday, Mr Kor rejected the erroneous impression being created that this year’s results were poor. 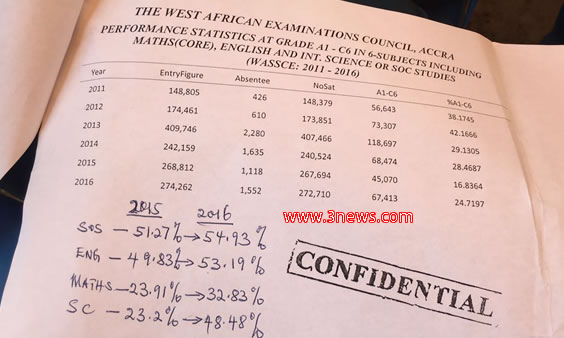 “We must stop creating the impression that the Ghanaian child is not capable of studying; they are capable,” he said. Quoting statistics from WAEC, he said 54.93 per cent this year’s candidates passed Social studies as against last year’s 51.27 per cent. A total of 53.19 passed English Langauge this year as against last year’s 49.83 per cent. For Mathematics, 32.83 per cent passed in this year while only 23.91 per cent passed last year. Also, 48.48 per cent passed Integrated Science this year as against last year’s 23.2 per cent. ” Any person who wants to challenge the figures can go to WAEC and cross check,” he told critics of the exams. He said Ghanaians ought to applaud teachers, school management and parents for their respective roles in the education of the students that led to this result. “We need to applaud our teachers. they have done a lot. We need to congratulate our school management, that is the headmasters, and at the same time parents who have invested a lot in the education of their children bringing the results to this level,” he said. Outdated Curriculum? He disagreed with critics that Ghana’s curricula may be outdated. “The curriculum that we used in producing Kofi Anan and the Busia’s is the same curriculum we are still using. Lets trust in the system,” he said. Mr Kor thus called for a collective effort to address wherever in the education system there may be shortfalls, saying “lets come together because education is a collective responsibility, and help improve the system and not try to politicize issues”. The Director General said government has invested a lot into the education sector and put in place so many interventions to change the system. He said all core subject teachers have been trained for the 2016/2017 academic year which will go to improve the quality of education.