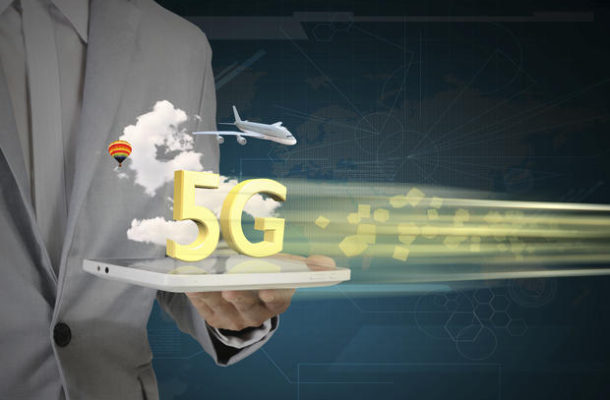 5G won't be available to consumers until 2020, but Cambridge Consultants telecom tech strategist Paul Beastall says it will help IoT deliver on its promises, among other changes.

5G, the next mobile network standard, is supposed to address mobile users' demand for faster network access and more robust coverage areas as their reliance on their devices continues to evolve.

According to David Talbot of MIT Technology Review, 5G offers vast improvements and "is expected to provide Internet connections at least 40 times faster—and with at least four times more coverage worldwide—than the current standard." For example, rather than enduring that slow 15 Mb/second download on 4G, users could enjoy 600 Mb/second downloads - or even higher - on 5G instead.

Unfortunately, 5G won't be here anytime soon. As TechRepublic reported earlier this year, it might not reach consumers until 2020.

In an interview with TechRepublic, Paul Beastall disclosed that  it will be a long time before the 4G technology is turned off as there is a forecast of 4.3 billion 4G subscriptions by 2021.

Below is the full interview

TechRepublic: Can you tell me about the new wireless spectrum for 5G innovation? What's new or different about it?

Beastall: The spectrum itself is not new, what is new is using it for mobile services. This wireless spectrum has previously been used for high speed fixed links and within telecommunications networks. It is attractive for mobile services as there is such a large amount of spectrum available, making it possible to deliver very high speed services (5G is targeting a 10x improvement over 4G).
The move to these much higher frequency bands (than 10x higher frequency than current mobile services) creates a large number of technical challenges. High volume radios are not available in the band yet, although the new Wi-Fi specification 802.11ad is helping to push early demand. These higher frequencies also travel much shorter distances than existing mobile technology, meaning we will need more base stations to deliver service to users.

TechRepublic: What sort of specs are involved with 5G? Technical details behind it?

Beastall: 5G is only just starting the standardization journey so it isn't clear what the detailed technical specifications will look like. What is clear, is that the networks will need to have many more base stations than they had before to deliver the increased capacity we will need.
A few aims are already becoming clear including the view that there will be both a radio interface that is an evolution of 4G and a new radio interface that is optimized for the higher frequencies. This means that networks will become more hierarchical, using the wide area coverage of today's networks to anchor subscribers and high bandwidth local connections where available for faster speeds - much in the same way as a current handset hops onto Wi-Fi when it can.

It is important to consider not just the radio technology but also the underpinning network. As cells get smaller and therefore more numerous, networks must be able to adapt and scale with minimal intervention. This means network planning and optimization will become highly autonomous, with the networks effectively managing themselves.

The other thing that is firming up is that there are a raft of different use cases, which can be summarized in three main strands:

2. Internet of Things - a self-managing network that can scale to billions of connections

The final case is seen as a key enabler for applications as disparate as tele-surgery, emergency services communications and autonomous vehicles. Although some of these applications, like emergency services, can be fed by existing specialised networks, moving to 5G will provide economies of scale and the ability to benefit from the biggest technology developments on earth.

TechRepublic: What was the FCC vote regarding 5G based on?

Beastall: It is hard to be sure why the FCC voted as clearly as it did when looking in from outside but it is clear that both the US and Europe are being challenged for 5G leadership by Asia. 4G was the first mobile standard to unify the global market, bringing economies of scale and improved innovation. However, it also opened up the market to aggressive competitors such as Samsung and Huawei.

Allowing carriers in the US the chance to gain an early foothold in the market will drive a demand for emerging technology that domestic technology providers are well placed to supply. The new frequency bands on offer are typically used by military and high value commercial applications, rather than high volume consumer products. Providers of military technology and innovative spinouts from universities will be well placed to help drive an ecosystem within the United States.

TechRepublic: How are carriers responding to the 5G concept by planning for the future?

Beastall: Carriers are already heavily engaged in standardization and trials of enabling technology. As with previous generations, they will need to continue to grow and upgrade their current networks, whilst keeping an eye on steering future developments.

Verizon is already engaged with 5G technology trials, working with partners such as Korea Telecom. This partnership shows the early progress that has been made in Asia on developing key technology. According to the Korea Times, it is KT's experience with the high frequency bands just approved by FCC that Verizon is particularly interested in.

AT&T is working with Nokia on a trial network in Austin, TX, again with a focus on the very high frequency bands.

TechRepublic: How does the need for unobstructed antennas factor in? Are these backwards compatible for 3G/4G or based entirely on 5G?

Beastall: At these very high frequencies released by FCC, signals can be blocked by walls, trees and even hands holding a handset. To counter this, research work is underway to use an array of antennas with steerable beams to help route signals on paths free from obstructions.

These high frequency systems will be purely for 5G but it is also expected that the lower frequency variants of 5G will work alongside 4G, with handsets and network infrastructure supporting compatibility between standards.

TechRepublic: Will 5G entirely replace 3G/4G or work in conjunction with it for some time? At what point do you expect to see the retirement of 3G/4G?

Beastall: Ericsson forecasts 4.3 billion 4G subscriptions by 2021, suggesting that it will be a long time before that technology is turned off. As an all-IP network, it is likely to share many core network components with 5G, meaning the two networks will be designed and optimised to coexist and operate together. Like any new mobile technology, it is expected that the initial deployment of 5G will be in urban areas, meaning that 4G has many more years ahead of it as part of the solution offered by carriers.

3G probably faces a different challenge. It uses a different core network so it is likely that there will be stronger operational drivers to turn off 3G networks. In Europe, Telenor of Norway has said that it may turn off its 3G network by 2020 and Verizon is already moving LTE into some of the spectrum previously occupied by its EV-DO networks.

TechRepublic: What sort of investment figures are involved with this 5G expansion?

Beastall: At this stage it is hard to be certain and it is clear that operators will be wanting to minimize spend in a competitive market place. However, it is certain that the overall investment worldwide will run to tens or even hundreds of billions of dollars.

TechRepublic: In terms of regulation, with net neutrality making 5G more readily available to everyone, will there be less incentive for operators to innovate quickly?

Beastall: Net neutrality itself doesn't force carriers to deploy a technology to everyone, just to not differentiate between services and users. As previously, innovation will be delivered through commercial market pressures. The US market is highly competitive and at a suitable scale to support wide scale investment. However, operators will have to balance financial returns, incremental updates and investment in a new technology.

What this means is that we are likely to see an incremental approach to 5G with service delivered in conjunction with 4G services and, at least initially, limited to key hotspots and target applications. What we are likely to see is that 5G will move beyond person-based communications to a technology capable of delivering the true internet-of-things, meaning much of the innovation will come from applications and new use cases, not necessarily delivered by the carriers themselves.

TechRepublic: Will businesses or consumers profit more from 5G, and if so in what sort of different ways?

Beastall: Both will see major changes. When we see the first primary case in the standards of "better 4G" then that is likely to benefit the consumer more than businesses since consumers already dominate bandwidth consumption - mainly through video services. They will, of course, benefit businesses too but the impact is expected to be lower.

The capability to support massive numbers of low cost devices will impact both businesses and consumers. The internet-of-things has yet to deliver on its promises and 5G will help drive adoption. From wearable devices to connectivity within the home consumers will see devices that currently rely on Wi-Fi or Bluetooth being offered as "direct to cloud" services that require no user configuration or setup.

Businesses will see benefits in efficiency, with particular focus on energy efficiency and operational management. Tracking and tracing capability will allow vehicle fleets to be monitored, leading to reductions in accidents and fuel consumption as well as enabling proactive maintenance to improve operational reliability. Smart buildings will deliver energy savings and security enhancements.

But perhaps the most exciting future is in the high-reliability, high speed communications that will allow autonomous vehicles to communicate, changing the paradigm for personal transportation for the first time since Karl Benz removed the horse. When vehicles are autonomous and communicating with each other and street side infrastructure, they will be able to pass through cities more efficiently and easily than traditional cars.

TechRepublic: Are there any other challenges involving 5G?

Beastall: There are many challenges ahead. The technology is not yet defined and the standardization process is only just starting. 5G will bring many new technologies from university research projects to commercial deployment with billions of users. This means that there are a number of areas that need particular focus. For me, the main three are:

1. The use of millimetre wave frequencies as released by the FCC decision

2. The development, calibration and testing of self-optimising and managing networks

3. Delivery of a raft of new and exciting services and use cases, without impacting the experience of consumers who provide the necessary revenue to fund this evolution.