A Curfew on 40 Towns and Strict Regulations, is COVID-19 Spiralling Out of Control in Israel? 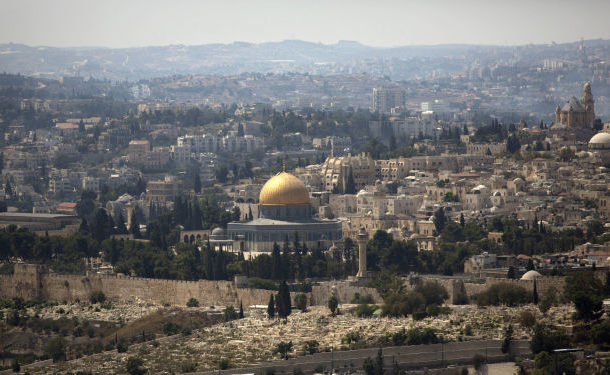 Many in Israel chose to ignore regulations that were imposed to contain the spread of the disease, thinks a deputy director-general of the nation's largest hospital. Now, when the situation is spiralling out of control, he says local lockdowns are a must together with the reinforcement of the police and the IDF.

After back and forth discussions and multiple threats to impose a full lockdown on cities labelled as red, Israeli Prime Minister Benjamin Netanyahu has decided to alter the recommendations of the country's coronavirus cabinet, established with the aim of curbing the spread of the deadly virus.
Instead of imposing a full lockdown on over 30 cities and towns, the PM, who faced harsh criticism from several Ultra-Orthodox mayors, whose communities were supposed to be put under quarantine, finally decided to stick to a number of other measures.
New Restrictions
Starting Monday, some 40 towns and cities labelled as red will be put under a curfew (from 7 p.m. to 5 a.m. local time).
Public institutions, schools, and private businesses will be shut down except for a few regarded as essential, while residents will be limited to within a 500-metre radius of their homes and their gatherings will be restricted.

Explaining his decision, Prime Minister Benjamin Netanyahu said on Sunday that although Israel still has relatively low numbers of deaths, the high amount of those infected with the virus was alarming.

"Professionals warn that given the high numbers, the situation might change to the worst at any given moment leading to spikes in the number of deaths and patients in critical conditions and that, in turn, will lead to the collapse of our medical teams".

Last week, Israel moved into the top spot in terms of number of people testing positive with the virus, registering 199.3 cases per capita a day.
Thursday saw the largest number of infections since the outbreak of the pandemic in late February, with over 3,000 diagnosed with COVID-19.
Nobody's Listening
But only recently the situation in Israel wasn't that bad and in May, when the amount of those infected with the virus dropped, authorities started opening the country up and easing the restrictions.
That policy, however, has since proven to be a mistake and as the situation deteriorated, Israel started to introduce preemptive measures again and urged the public to maintain social distancing and wear face masks.
The only problem was that these calls have largely fallen on deaf ears.

"Yet, simply put: a lot of people didn't listen to instructions, didn't keep social distancing, attended gatherings, and weddings despite their ban".

In recent weeks, Israeli media has registered a number of cases, specifically in Arab and Ultra-Orthodox towns, where crowds gathered for weddings and other celebrations in total defiance of regulations set by the government.
The situation has become so bad that the authorities are now mulling the possibility of a total lockdown during the upcoming holidays set to begin at the end of the month.
Although Afek believes that a total lockdown of the country should only be used as "a last resort", due to the dire economic conditions such a move would entail, he does acknowledge that the government might not have any other option.
"For the measures to be effective, we need people to follow the rules, and we need the help of the security apparatus to enforce these regulations".
Starting Monday, Israel is going to do exactly that. Police and IDF forces are expected to boost their presence in all of the 40 towns considered red and will make sure that businesses remain shut and that people maintain social distancing.

"We are now facing a serious challenge. To overcome this difficulty, we need the public to be cooperative. I believe local lockdowns will do the job but we also need to create a substantial system of epidemiological investigation to prevent people from spreading the disease", said Afek.

©
REUTERS / Ammar Awad A protester wearing a mask depicting Israeli Prime Minister Benjamin Netanyahu attends a demonstration against the PM's alleged corruption and economic hardship stemming from lockdown during the coronavirus disease (COVID-19) crisis, near his residence in Jerusalem August 29, 2020

And while Israel is working on its policy, Tel Hashomer, as well as many other hospitals across the country, are bracing themselves for the worst.
Several hospitals have already opened additional units capable of catering to the needs of coronavirus patients.
But as the number of patients increases, some medical institutions that lack the space and the resources are already warning that if the situation continues to deteriorate they will soon need to transfer their patients to other hospitals able to take them in.