A nonperforming Minister should be fired; not about reshuffle – Majority Leader 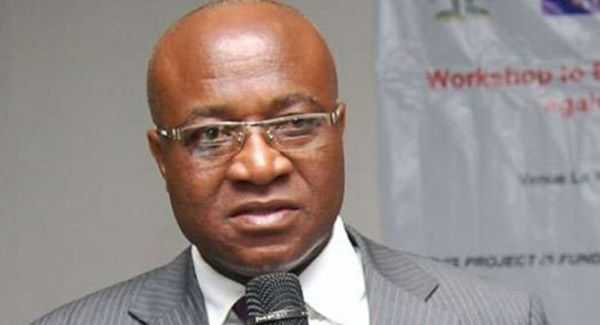 The Majority Leader in Parliament, Osei Kyei-Mensah-Bonsu has said a nonperforming Minister should be sacked for a new person to be appointed.

Nonperformance is not about reshuffling, he told TV3’s Berla Mundi on the New Day show on Wednesday, August 10.

“If you are not able to perform, it is not a matter of reshuffle, you should be fired by the President and a new person brought in,” he said.

“I am talking about the general principle now,” he further stated when Berla asked whether he knew about nonperforming appointees who should be fired.

The Suame Lawmaker further proposed that henceforth, Ministers who are moved to serve in other ministerial positions should be vetted again by the appointment committee of Parliament.

This, in his view, will test whether or not they are fit for the new assignment that has been given to them.

He explained that the initial screening of a minister centers on the works of a particular ministry. It is only appropriate to re-examine the person if he is moved to another ministry, he added.

“If there should be a reshuffle, those people should be come back to Parliament for us to assess them whether they are competent in the new areas that they are going so,” he said.

“Parliament agrees that once you are vetted for a position you should stay there,” he added.

Touching on what President Nana Addo Dankwa Akufo-Addo said regarding calls on him to reshuffle his appointees, Mr Kyei-Mensah-Bonsu said the President does not want to advertise it even if he intends to change some of his appointees.

He explained that the President has his own backroom advisors and also does a critical assessment of the performance of his ministers on what he requires of each of them.

President  Akufo-Addo decided not to change his appointees because in his view, most of his ministers have worked up to expectation.

Mr Akufo-Addo said the output of his ministers has been considerable and that is what he looks at. He said these when asked for his views on calls to reshuffle his ministers while speaking on North Star Radio in Tamale as part of his two-day tour of the Northern Region on Monday August 8.

“Many of them for me have done outstanding work,” he said.

“Their output has been considerable, and that is what I look at,” he added.

The president further indicated that “If the output measures expectations, then I don’t have any strong reasons to heed the call.”