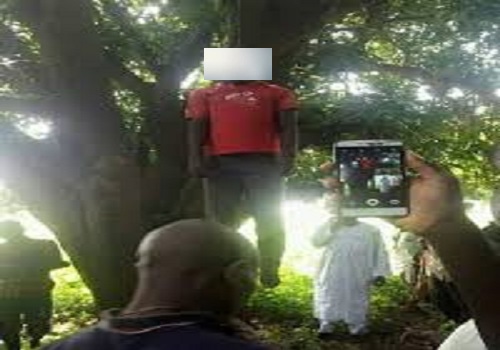 A 38-year-old man has committed suicide at Amuduroase, a suburb of New Edubiase in Adansi South District of Ashanti Region.

The deceased whose name was only given as Isaac, was found hanging on a tree near the Ghana Card registration centre in the community on Tuesday morning, January 14, 2020.

Isaac with no child or wife is said to have attempted suicide in September last year after drinking a poisonous substance but was saved by the swift intervention of his mother.

Residents who thronged the scene told Ghanaguardian.com that the deceased after his first suicide mission failed, indicated "I'll still kill myself".

According to neighbours, Isaac is an introvert person and always isolate himself from Neighbors.

His body has since been taken to the New Edubiase Government Hospital for preservation.