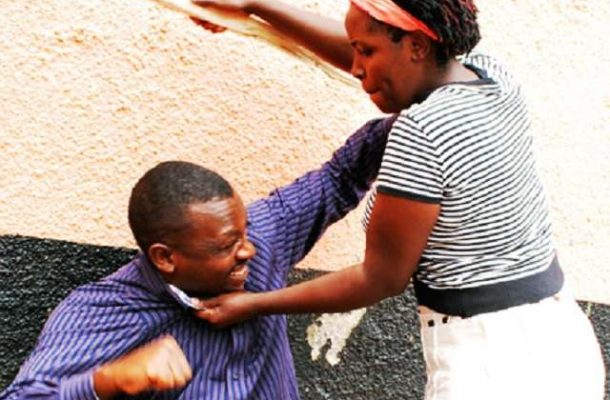 A wife and her 23-year-old son are in the hands of the Police for allegedly beating her 55-year-old husband to death at Donyina, a community near Ejisu in the Ejisu-Juabeng Municipality of the Ashanti Region.

The suspects Madam Yaa Ako and her 23-year-son whose name was only given as Fredrick are said to have picked up a quarrel with the husband over a misunderstanding which ensued between them over a second hand clothing business.

Metro FM's Fredrick Kwaku Anwhere who has been following the incident told Krobea Nana Yaw Asante on Ayehu on Metro FM that, the deceased Mr. Ofori, a 55-year-old farmer was accused by his own son for publicly scolding and shaming him on something he has not not done wrong.

The report says Madam Yaa Ako, became angry with her husband, and was joined by her 4th son, when both of them apparently beat Mr. Ofori mercilessly, which subsequently ended him at the Emina hospital, resulting to his death.

The body has since been deposited at the morgue awaiting autopsy while Police continue with investigations.