A soccer bet guide to the Premier League, La Liga and more 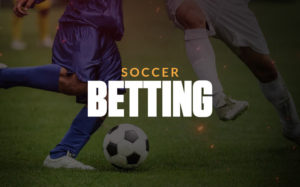 We are inside the final three months of the 2020/21 season in Europe – and the world’s biggest clubs are struggling! Many of last year’s champions may finish without a trophy this time, but can others recover? Premier Bet have given us their overview of the situation in European football to help you win your soccer bet!

Champions are in danger

Liverpool are famed for making special comebacks, just as they did just two seasons ago against Barcelona in the Champions League semi-finals. This time, though, it seems that the gap between themselves and the top of the Premier League table is too large. Jurgen Klopp has all but conceded defeat, so it appears that the two Manchester clubs and Leicester will fight for the crown.

Could we be witnessing the end of Barcelona and Real Madrid’s dominance in La Liga? Last season saw Los Blancos win the league for this first time since 2016/17, but this year neighbours Atletico have a lead at the top of the table. Diego Simeone’s side have benefitted from Barcelona’s decision to sell Luis Suarez, who is competing with former team mate Lionel Messi for the prestigious Pichichi Trophy too.

Juventus failed to sign the Uruguayan in the summer, and now their nine-year run as champions of the Serie A might be about to end. Both Milan and Inter might finish above Andrea Pirlo’s side, while there is also an exciting battle between their strikers! Former Manchester United forwards Cristiano Ronaldo, Romelu Lukaku and Zlatan Ibrahimovic could all realistically be the top scorer. Who are you backing to be the winner in your soccer bet?

PSG are chasing a record-equalling tenth league title but it won’t be easy. New manager Mauricio Pochettino has already won the Trophée des Champions and now his team are competing with Lille and Lyon at the top of Ligue 1.

Bayern Munich may be on course to retain the Bundesliga title, but can they win the Champions League again too? Ghana-born Alphonso Davies will hope to win the tournament in consecutive seasons, but first his side must overcome Lazio. Last season’s beaten finalists, PSG, face Barcelona. Who will come out on top – Neymar or Messi?

Thomas Partey was a Europa League winner in 2018 with Atletico – can he become a champion again with Arsenal? The Gunners have not been in good form in the Premier League, but they reached the final of this tournament only two seasons ago. It will be difficult for the Black Stars midfielder to get his hands on the trophy - Manchester United, Leicester and Tottenham are among the challengers.

Get the most from your soccer bet with Premier Bet Ghana

Do you want more from your soccer bet?

Premier Bet offer weekly free bets, as well as a bonus of up to 250% on your soccer bet! Get bigger odds on popular selections with the Cash Back Boosts and Odds Boosts, or play Premier 6 for free for the chance to win 150,000 GHS!