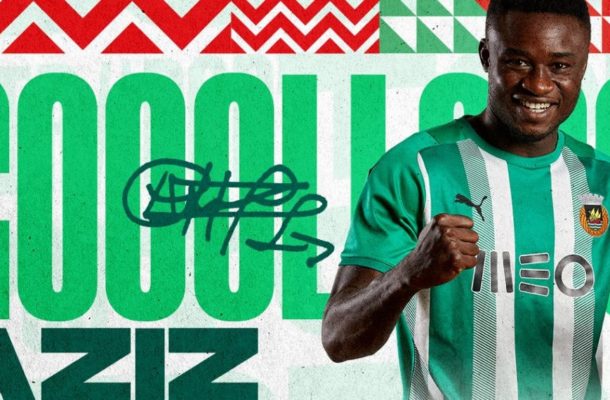 Ghanains striker Abdul-Aziz Yakubu was on target as he scored his first goal for his lower tier side Rio Ave FC in the Portuguese Cuo on Sunday.

The 22 year old who is on loan from Vitoria Guimaraes scored his first goal in six outings for his new side as they beat Vitoria de
Sernache 3-1.

Rio Ave who were playing away from home were unfazed as they started the game very well taking the home side by surprise before they made their dominance count.

Rubén Goncalvez opened the floodgates in the 8th minute of the game before the Ghanaian sriker Abdul-Aziz Yakubu added the second goal of the game in the four minutes after the first goal to make it 2-0.

The home side upped their game and reduced the deficit in the 18 minute before Costinha sealed the win for Rio Ave with the third goal to make 3-1 for away side.

Rio Ave with the emphatic 3-1 score line have progressed into the next stage of the Portuguese Cup.

He has in the past played for Charity Stars and is on loan from Vitória Guimarães this summer.