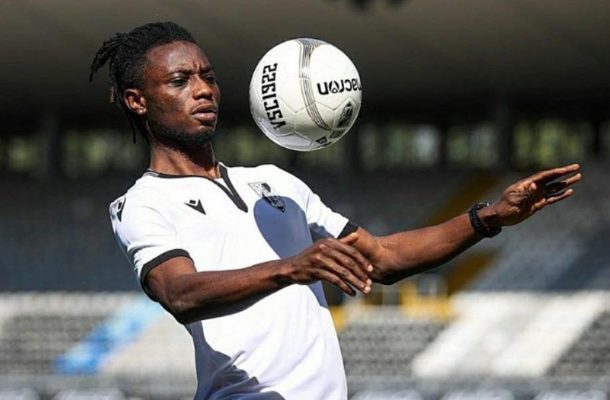 Two Ghanaian players Abdul Mumin and Gideon Mensah played  for their side V. Guimarães away against Gil Vicente, in a 6th round  fixture in the Portuguese League.

The two players have recovered from covid-19 infections and were part of  theplayers selected by João Henriques in his starting line up.

Mensah was part of the six Black Stars players who were infected by COVID-19 after returning to their club side from International duty.

Abdul Mumin and Mensah, had tested positive in mid-October and missed the previous two rounds and returned to training last Tuesday.

Vitoria Guimarães won by 2-1 with goals coming from Bruno Duarte and Diogo Filipe Costa while the home team got a consolation goal through Samuel Lino.

Center back Abdul Mumin lasted 79 minutes before he was substituted by Marcus Edwards while Gideon Mensah lasted the whole duration of the game.