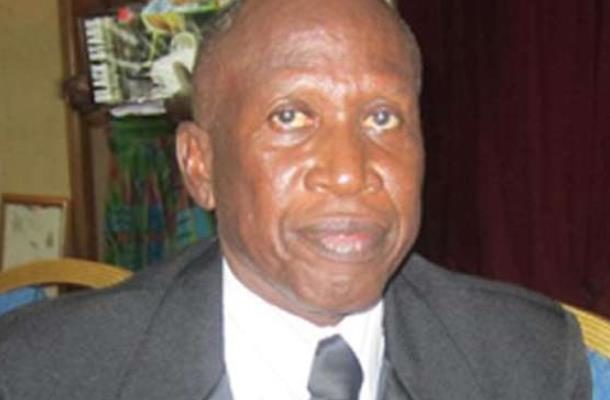 Many contemporaries regard Abedi Ayew Pele as the best ever Ghanaian footballer in modern history but that has been shot down by the veteran Rev Osei Kofi.

According to the octogenarian, Abedi Pele is not even fit to lace his boots when it comes to football talk of named as the all time best Ghanaian footballer ever.

Rev Osei Kofi who won two AFCON titles with the Black Stars in the post colonial era is described by those who saw him play as a gem of a winger who dazzled many in his days.

There is even this popular tale that at some point English Premier League side at the time Stoke City where ready to sign him for a lot of money but he turned it down to play for Asante Kotoko who rewarded his loyalty with a kettle.

According to the veteran who turned 80 years on Wednesday 3rd June, it is wrong to compile an all time Black Stars XI and it will only be possible If it's done generation by generation.

He also adds that he had a telling contribution to Ghana football than Abedi Pele who plied most of his trade in France.

“Let me tell you the truth, Abedi Pele played in Ghana for only a brief period. His playing career is centred mostly in France, so if we speak of players who impacted Ghana, he doesn’t get close to me,” Osei Kofi told Sunyani based Akonoba FM.

“Anyone who does a list of all-time best eleven for Ghana will do a mistake. You can only compile this list looking at generation by generation.

“Your trophies won will determine you earn a slot in such a prestigious list.

“Not when you go and play abroad and make a name then you become the best in Ghana.

“Those who stayed here, sacrificed and won laurels for the country are the ones who deserve such mention.

“Someone goes abroad, plays for money and you say he is Ghana’s all-time best.