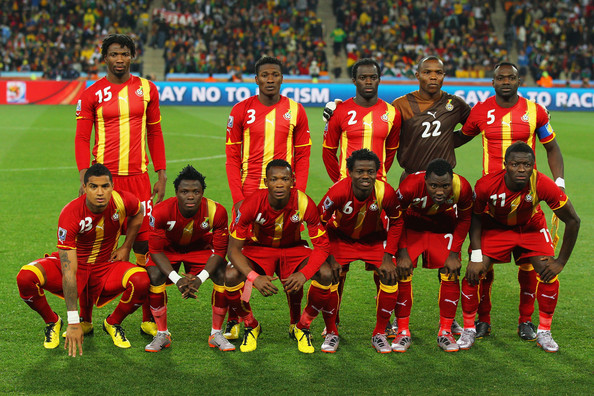 In the era of COVID-19 without any football matches to keep football lovers busy and engaged many football fans have resorted to the perennial unending football arguments.

Others have also gone for the 2010 squad that was so close but for Asamoah Gyan's penalty miss too far from the World Cup semi finals stage.

An Akan proverb says that when the elder finishes bathing then it means that there is no water left in the tank for anyone else.

Legendary former Black Stars captain Abedi Ayew Pele has settled one of the raging debates as he has opted for the 2010 squad as the best ever.

Abedi Pele the maestro is regarded as undoubtedly one of the greatest African players of all time and was captain of the 1992 squad missing the finals through suspension.

The maestro says he was in the stands to watch the Black Stars in the flesh as they made their way past USA, Serbia and faced Uruguay squarely and will on any day go for the team that reached the quarter finals of the 2010 World Cup.

In a rare interview with GTV Sports, Abedi Pele was asked to choose his best Ghana team and history and did not mince words as he went for the 2010 squad.

“The 1992, 2010 and 2015 teams were strong in their own merit. I wouldn’t want to go far in my answer but to my knowledge I was in South Africa during the World Cup and the Ghana team was amazing. I saw Ghana play against USA and Uruguay and I can say the best team was in 2010,” Abedi stated on GTV.

“Then the team had performed well in Angola in the AFCON and they were strong, they had everything. The team was gelling and I admired the boys so much in the match against Uruguay. I was sitting with former US president [Bill] Clinton when we played against their national team and he was impressed with our performance so I’ll say the 2010 was my best team,” he concluded.