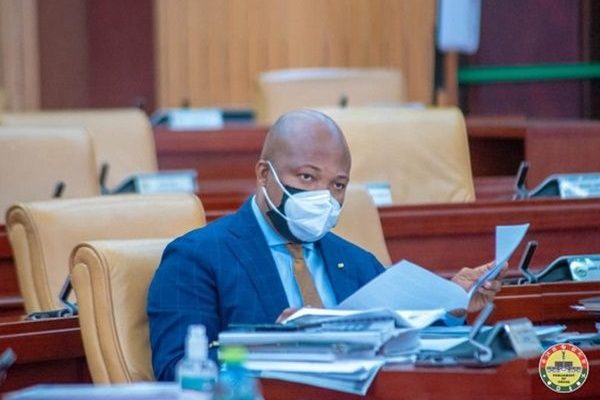 The Member of Parliament for North Tongu, Samuel Okudzeto Ablakwa, is set to file a private members bill in Parliament to regulate presidential travels.

The MP has been at the forefront of a crusade to prevent President Nana Akufo-Addo from using chartered flights for foreign trips.

According to him, the President has so far spent GH¢34 million of taxpayers’ funds on chartered flights between May 2021 and now.

Through a series of questions on the floor of Parliament, Okudzeto Ablakwa has been demanding accountability and questioning why the Presidential Jet has seemingly been jettisoned.

The North Tongu MP told Citi News more about the private member’s bill he will introduce to Parliament soon.

The Presidency has said Samuel Okudzeto Ablakwa’s criticisms against President Nana Akufo-Addo’s recent spending on air travel is aimed at causing public disaffection for the latter.

“Undoubtedly, the Hon. MP’s motives are not well-intentioned, as he is merely seeking to score cheap political points to incite public disaffection against the President,” a statement from the presidency said.

Mr. Ablakwa had claimed that €480,000 was spent on President Nana Akufo-Addo’s recent trips to Belgium and Rwanda, but the Presidency refuted this, insisting that Akufo-Addo did not travel to Belgium aboard a chartered Airbus ACJ319.

The Presidency also said President Akufo-Addo had to travel via charter flight to Kigali because of flight cancellations, but Mr. Ablakwa subsequently dismissed these explanations, saying they were irrelevant and unjustifiable.

His response has compelled the presidency to issue another statement, accusing Mr. Ablakwa of being insincere.

It said Mr. Ablakwa had failed to back his recent claims with evidence.

“Ordinarily, there would not have been the need for a second response to a matter that has been dealt with conclusively. However, the determination of the Honourable Member of Parliament to shift the goal post, and run-away conveniently from statements he boldly made on Thursday, June 23rd, has necessitated this response.”

“He provides no evidence or documentary proof whatsoever to back up his €480,000 cost claim, because he has none. Once again, it is obvious that the Honourable Ablakwa finds these attacks on the President to be his pathway to political prominence through negative propaganda, and is determined to pursue this course, no matter how ridiculous and insulting his statements are,” portions of the statement from the presidency said.