We accept IMANI’s critique of our promises – NDC 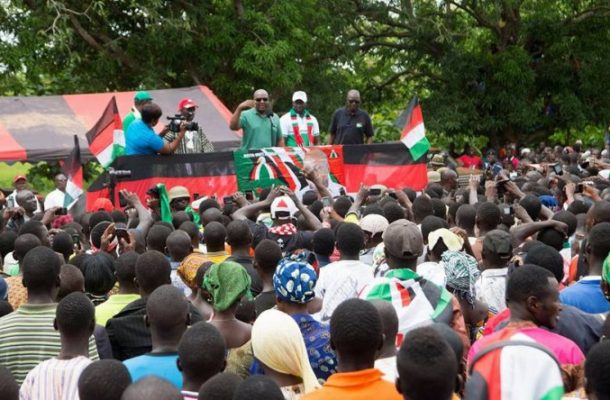 The ruling NDC has welcome IMANI Africa’s evaluation of the various promises they are making ahead of the December 7 polls.

For instance, it says out of the 29 promises made by the opposition New Patriotic Party so far, only one is feasible and carefully planned.

The assessment has been criticised by the NPP who have described it as a hasty and an unfair conclusion on their plans by IMANI.

Commenting on the issue, the spokesperson for the NDC campaign Joyce Mogtari Bawa told Nii Arday Clegg on the Morning Starr that the NDC will consider the reviews by the policy think.

“We accept the report from IMANI Africa and we promise to work with them as we go along. But we should also look at the basis for which political parties make such promises, I believe each time a political party puts anything in its manifesto, they have a reason for doing so”.