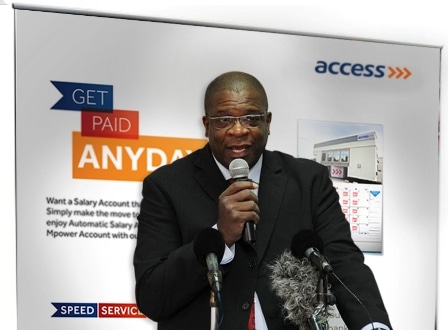 Appeals by the Securities and Exchange Commission for multinationals to list on the Ghana Stock Exchange may be making inroads as Nigerian owned bank, Access, advances processes to list on the domestic bourse.

Information available indicates that the bank is likely to complete its process by the end of this year after revising its issuing calendar with the industry regulator.

According to the Director General of SEC, Dr. Adu Anane Antwi, the coming onboard of multinationals like Access Bank will promote local participation and stabilize the country’s currency.

“The advocacy continues and we believe that we will get some of the companies responding positively. For example Access bank which is a Nigerian owned bank is preparing to float parts of its shares and list on the Ghana Stock Exchange…We are hoping that other companies will heed to the appeal and do same,” Dr. Anane Antwi opined.

The bank in December 2015, was the 6th most profitable bank in the country improving a step up from the previous year.

In the same year, it also increased its share of industry deposits from 3.5% to 4.5% placing it at number ten in deposit share ranking.

It is understood that Access bank will cede up to 32 percent of its stake to locals.

Some customers of Access Bank expressed mixed reactions on purchasing shares in the bank.

Meanwhile Dr. Adu Anane Antwi believes making it compulsory for multinationals like Access Bank to cede parts of ownership to locals will be beneficial.

“When it is also listed on the GSE, it will deepen the exchange, increase the size and make it competitive to other bigger exchanges even in Africa,” he stated.

Access bank commenced operations in Ghana in May 2009 as a full service commercial bank after acquiring Intercontinental Bank in 2012, making it one of the largest retail banks in Ghana.

It is however worth to note that none of the five telecommunication companies are listed on the stock market.

However, MTN recently announced a decision to cede 35 percent of its stake in Ghana to raise capital and secure its 4G spectrum license.

But it is understood that MTN is yet to conclude processes to allow it sell thirty-five percent of its stake in Ghana.

It is not certain how much MTN may float to the public but the Director General of SEC, Dr. Adu Anane Antwi explains, his outfit would have preferred a complete listing by MTN on the domestic bourse.

“It is welcoming news as Ghanaians will own the shares but it is more beneficial to the entire market when it is listed on the Ghana Stock Exchange,” he said.