Achimota Mall rolls out fiesta of fun and hot discounts 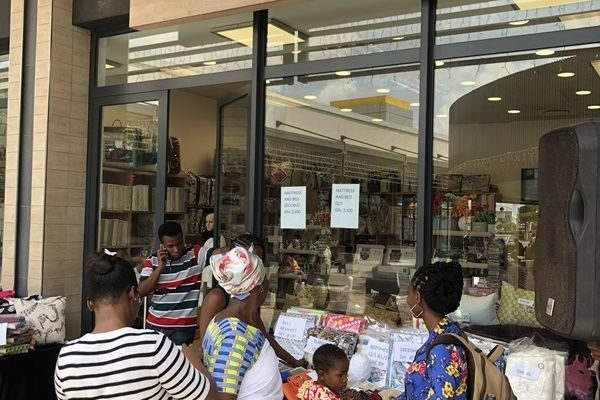 A festival of fun and blistering hot discounts, bargains and deals await shoppers and customers of Achimota Retail Centre (ARC), as stores continue to mark down prices to clear their stocks on Black Friday, Management announced today.

A special edition of the Centre’s popular sidewalk sales which opened on Monday to usher in tomorrow’s shoppers’ carnival has now hit top gear, as stores announced incredible price drops ranging from 5% to as high as 70%.

“I cannot think of a better time to be here for shopping and recreation than now! This entire week there is excitement everywhere as most of our stores have moved out to meet customers on the sidewalks; prices keep tumbling down towards Black Friday and one of our big tenants, Game, is celebrating its one-year anniversary with a special sale,” said Mr. Anthony Asamoah, Marketing Manager.

But on this Black Friday season, nearly all tenants and shops are braced up for the festival of bargains, according to Centre Management.

Telefonika, has just announced an astounding 50 to 70 percent cut on selected item and says it would give away freebies like power banks and memory cards to shoppers, while clothing store Nallem is offering a 50 percent discount on all products.

The famous men’s clothing store Grosvenor has announced a half-price cut on every third item bought; Ashfoam is offering a 10 to 50 percent discount on special items like mattresses, bedsheets, bedspreads, couches and towels, while Compu Ghana has announced 5 to 10 percent discounts on selected electronic items and small appliances.

Aside of a 10 percent cut on all its stock, the cosmetics dealer, Body Basics says it offering free make-up sessions for customers who make a minimum of Ghc100 purchases, while fashion accessory specialists MV have slapped a 10 percent and 20 percent cuts respectively on all it earrings and necklaces. Bosch, AndySarp Furniture and Life healthcare have all announced discounts of between 5and 10 percent for customers, while Electronic Hub says it is giving its customers up to 30 percent discounts as well as offer promotional freebies to shoppers.

Located at Dome, off the Accra-Nsawam highway and better known by patrons as ‘Achimota Mall’, Achimota Retail Centre serves a large cluster of communities in the Ga East Municipality. Over the past four years, the centre has brought modern, convenient, one-stop shopping to families residing in the south-eastern stretch of Accra including the Kwabenya and Ashongman Estates, Tantra Hills, Ofankor, Dome and the Achimota township.