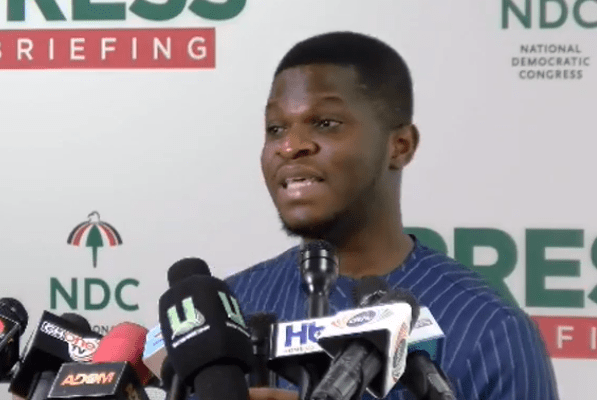 Communications chief for the opposition National Democratic Congress (NDC), Sammy Gyamfi says the management of Adom TV, has been received into apologizing to Nana Akufo-Addo after the station aired a video linking the President to bribery and corruption.

According to Sammy Gyamfi in a post on Facebook, the Adom FM management is made up cowards to have swiftly apologized for something the President has done wrong.

"Folks, the Notice of Apology released by the management of Adom TV in connection with the airing of a video tape in which President Akufo Addo is caught pants down taking a bribe of $40,000 on yesterday’s edition of “Nokware Mmre”, is nothing but an act of cowardice and deception." He said.

He continued, "This shameful act smacks of double-standards and odious hypocrisy on the part of the management of the station, who have been whipped to pander to the whim of the Mother Serpent of Corruption. The whole statement is complete balderdash and should be treated with the contempt it deserves. TRUTH STANDS!"

On Tuesday, January 1, 2020, a supposed video of Akufo-Addo receiving a bribe was aired on Adom. The video sparked controversies on social media as the NDC communication team used it to campaign against the government. Some Ghanaians also expressed shock over the video and questioned what will motivate a President to accept bribes.

But the NPP in a press statement Wednesday afternoon, urged its members and the general public to "look focused" and not pay attention to the said video.

Addressing journalist at the party's headquarters in Accra, the Minister of Inner City and Zongo Development and former Minister of Information, Mustapha Abdul-Hamid threatened they will sue Adom TV for the "unethically" defaming the President of the Republic.

The video, Hamid clarified was footages from the NPP's #Ariseforchange campaign in 2016 that has been put together by makers of false news to disrupt the President's 2020 campaign.