Adom-Otchere demands GHC1,250, fried rice and chicken from NDC over usage of video in court 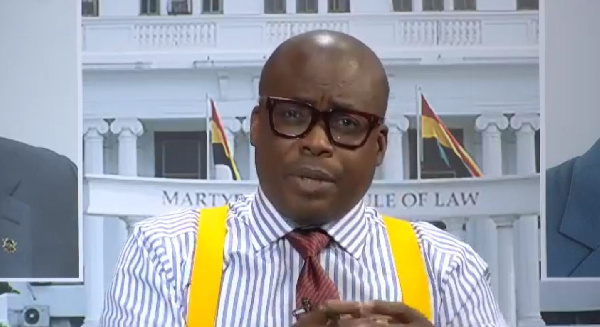 Paul Adom-Otchere, the host of Good Evening Ghana on Metro TV, is upset that the opposition National Democratic Congress (NDC) challenging the outcome of December 7, 2020, elections in court, used an interview he conducted with Peter Mac Manu, the campaign chairman of the incumbent New Patriotic Party (NPP) as part of their evidence in court without giving him credit.

According to him, the action of the NDC is an infringement on the intellectual property rights of his station, therefore, he will be sending the party a bill to pay.

“We’re particularly upset tonight that our video has been played in court […] without reference to the people who by dint of hard work conducted that interview, produced the video and put the video out on television and on social media for them to extract. In fact, they didn’t even write to us that they wanted the video,” Paul Adom-Otchere said on his programme on Tuesday, 16 February.

He indicated that if the party had written officially to the station to request the video in the interest of justice, the station would have obliged and presented the video to anyone who nee..ds it.

“But we do not like it when our video is captured on social media or some other way and is attached to the petitioner’s claims and they send it to court and they invite the court to play it and they still will not recognise that this video is from Metro TV, we do not like that one bit,” angry Adom-Otchere stated further.

“We’ll send a bill to Sammy Gyamfi; GH¢1,250 and you are going to buy our crew Marwako fried rice and chicken for three consecutive programmes,” he stressed.

Adom-Otchere explained that his team worked very hard in putting that interview which has become evidence for the Petitioner in the ongoing Election Petition. together, all in the name of healthy competition with other media houses and also to serve public interest purposes.

“We don’t want people to just take our video, go to court and ask the court to show it and you don’t say anything about Metro TV […] but that video doesn’t belong to you. I do not even know why the court did not ask them where did you get the video from; the video is not yours, it’s not NDC TV, it is Metro TV and the interview was not conducted by the editor of NDC TV news, it was conducted by Good Evening Ghana on Metro TV…,” he noted.

Adom-Otchere insisted that since Metro TV was not mentioned as the source of the video, “we’re upset about that”.

A video of Peter Mac Manu, the Campaign Chairman of the NPP saying the NDC reps would return to the Electoral Commission Strong Room was played in court in the ongoing election petition hearing at the Supreme Court.

Mac Manu is heard saying: “They left…because I remember former Ghana’s Ambassador to Zimbabwe...Sylvanus Tamaklo came looking for them but specifically, he was looking for Rojo. So, he stood there and I told him that they just went out, I think they will come because their laptops are here.

“So he too was hanging around aaa, later I saw him. I said they will come, try and call him. So I just went out and came back. He was still standing, when I came they were not there. But we were waiting for Savelugu and I think certification of Bono East. Later Bono East came for all candidates but NDC was not there…,” he added.