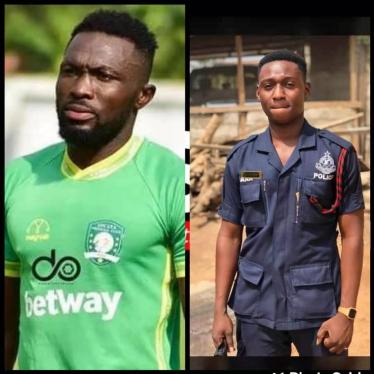 There is trouble in Dormaa as Aduana Stars defender Farouk Adams is reported to have killed a Police Officer with the private car of his girlfriend on the Wamfie Road in the Bono region.

Adams is said to have knocked down the Police Officer late on Monday night at the Asuotiano - Berekum road killing him instantly.

The young constable known as Amos Mattey of the Wamfie Police station, was said to have left his duty post to purchase something but never returned until he was found dead Tuesday morning in what is suspected to be a hit and run by the Aduana Stars defender with a red Toyota Camry vehicle with registration number GW 5882-17 which he was driving.

Upon hitting the officer with his car , the player sped off without trying to take the Police officer to hospital till he was found dead in the bush nearby on Tuesday.

According to reports the player instead of reporting to the Police told a filling station attendant nearby that a motorbike had crossed his car on his way.

After the incident occurred he bolted and left the Policeman to die in the nearby bush.

The player has since been arrested by the Police as he is assisting them in their investigations while the body of the deceased Police officer has been deposited at the Berekum Hospital morgue awaiting autopsy.

Adams is expected to be arraigned before the Wamfie District Court on Wednesday at 9am. 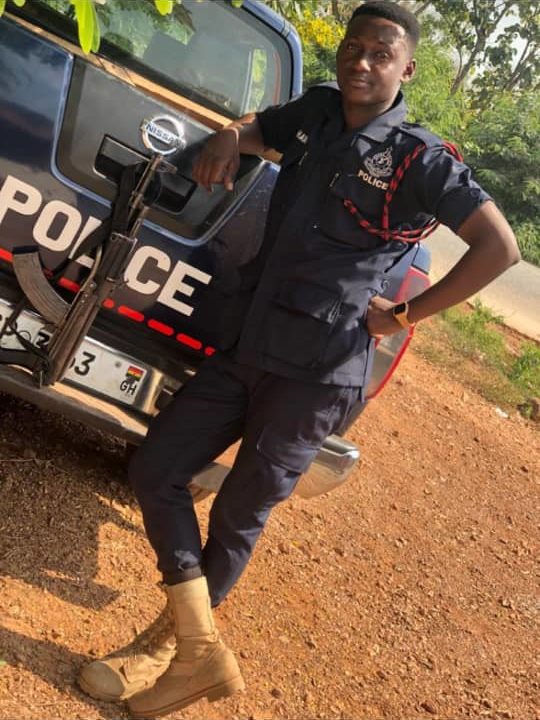