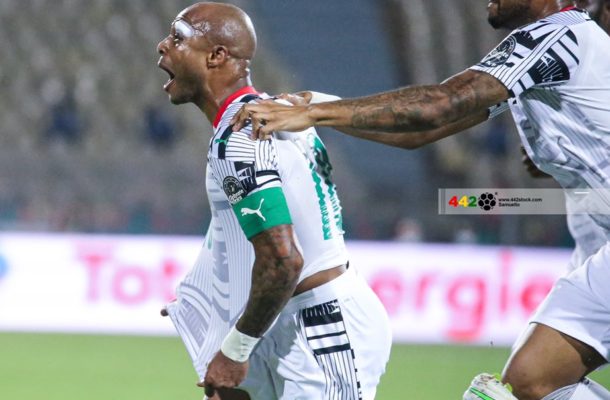 The Black Stars threw away precious three points in their second group game against Gabon on Friday night at the Ahmadou Ahidjou Stadium.

Ghana did not create so much chances but captain Andre Ayew grabbed the opener in the 18th minute after a pass from Thomas Partey.

The Black Stars went into the break with a 1-0 lead.

After the break, Gabon pressed for the equalizer but Ghana had chances to have killed the game as Jordan Ayew sent a free kick inches high.

Andre Ayew should have put through Joseph Paintsil when Ghana broke but decided to go solo as the chances went away.

Paintsil himself also dribbled into the box but instead of shooting he decided to find a teammate but there was none in the box as s he retreated with the ball.

After the final whistle the game descended into a mass  brawl as Ghana's Benjamin Tetteh appeared to have punched a Gabon player and was red carded.