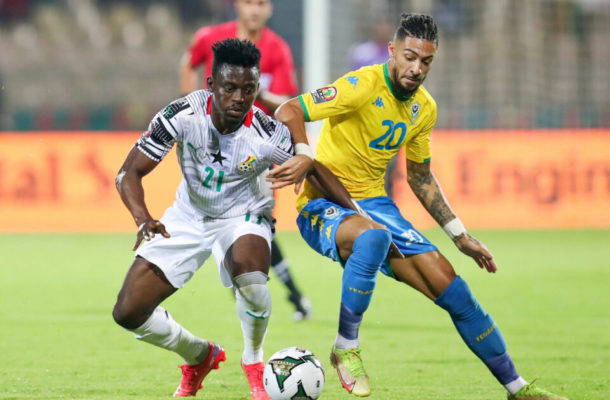 Midfielder Baba Iddrisu has been ruled out of Tuesday’s clash against Comoros due to a hamstring injury.

‘’The scan results revealed Oedema in his hamstring and so at the moment he can’t play against Comoros on Tuesday’’ Doctor Adam Baba told ghanafa.org after returning from the Garoua Military hospital on Monday.

The RCD Mallorca midfielder limped out of last Friday’s second Group B match against Gabon in Yaounde in the 65th minute of the encounter.

Baba Iddrisu made his Ghana debut on Sunday, November 13, 2019 in an Africa Cup of Nations qualifier against South Africa at the Cape Coast stadium.