AFCON 2021: We'll come back stronger in the next game - Joseph Paintsil [VIDEO] 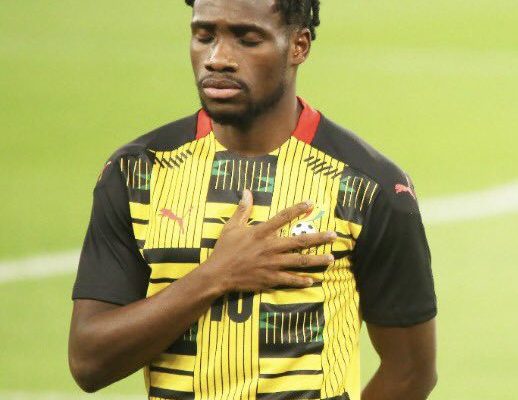 Ghana's brightest spot in the defeat to Morocco, Joseph Paintsil says that he is disappointed with the results and belives the team will come back stringer in the next game.

A lackluster Black Stars side lost their opening game in the African Cup of Nations against the Atlas Lions of Morocco on Monday evening at the Amadou Ahidjo Stadium.

Sofiane Boufal was the hero late on as he shot from inside the box into the corner of the net after a defensive collapse as Thomas Partey failed to clear a ball after sliding.

Aside Joseph Paintsil who covered himself in glory with his display none of Ghana's attackers caused the Moroccan side any problems in the game the North Africans dominated possession, had more shots on target among others.

Speaking to the media the Genk forward says that the team's performance was not up there but they will correct that in the next game.

Asked about his performance he said it was okay but its more of the team's performance before any individual's but promised they will come back stronger.