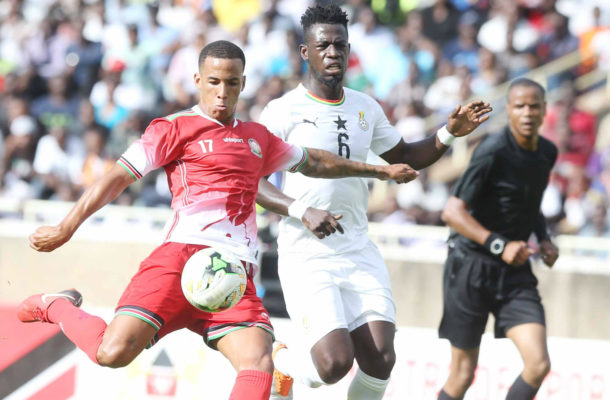 The 41-year-old Motswana will be assisted by his compatriots Meshack Medupio and Moemedi Godfrey Monakwane with the flags while the fourth will be Tshepo Mokani Gobagoga.

Bondo was at the centre of a Caf Confederation Cup group stage tie between Ghana’s Aduana Stars and Ivory Coast’s ASEC Mimosas in August last year that saw the Ghanaians lose 2-0 and effectively dumped out of the continental competition.

Harambee Stars and Ghana have already qualified for the 2019 tourney in Egypt but the West Africans will be out to avenge the embarrassing 1-0 defeat they suffered in Nairobi in September last year.

The winner of this match will finish on top of Group F that also had Ethiopia and Sierra Leone. Sierra Leone was later excluded after Fifa suspended their federation over government interference.