Afcon U-20: Ghana to plays Cameroon in Quater Final showdown 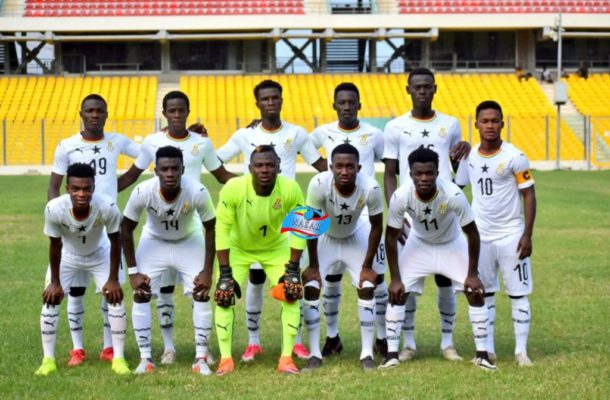 The Black Satellites of Ghana will play against  Cameroon in the quarter-final of the ongoing Total Africa U-20 Cup of Nations after qualifying from group stage.

Ghana survived elimination with superior goal aggregate after losing to Gambia in the final group match on Monday, with both teams amassing 4 points each.

The 2009 champions will play the Cameroonian after they lost the top spot to Morocco, who lead the group with 7 points.

The Black Satellites however accumulated four points aftthumped on Tanzania in their opening game before sharing spoils with Morocco.


The Young Indomitable Lions, however, have been outstanding in the ongoing competition and are obviously the best side so far grinding all three points to finish as winners of Group A which had host nation Mauritania and CECAFA champions Uganda.

Cameroon relied on the brilliance of Ettiene Eto’o, son of the legendary Samuel Eto’o who netted a brace in their emphatic 4-1 victory over Mozambique in their last group game.

The game is scheduled for 17:00GMT on Thursday, 25th February 2021 at the Stade de  Nouadhibou, with the winner cruising into the semi-finals. Ghana television sports plus will telecast the game live.(GTV Sports plus)