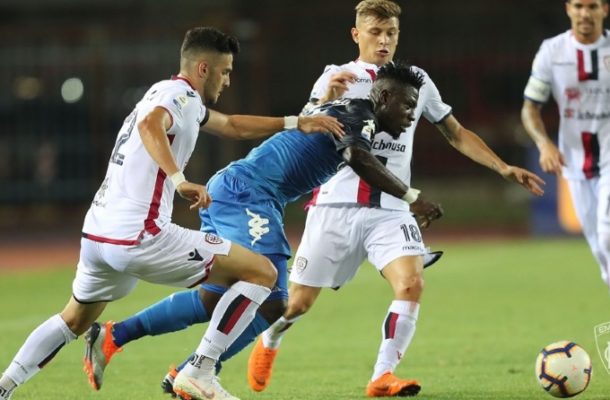 Afriyie Acquah has expressed his delight after making his Empoli bow on Sunday night as the Blues secured a 2-0 win against Cagliari at home in their opening game of the Serie A campaign.

He joined the Florence-based outfit from Torino on a permanent deal on tranfer deadline day.

The Ghanaian international was named in the starting lineup despite completing  just one training session with his new teammates.

However, the 26-year-old adjusted well and made his wealth of Serie A experience count- goals from Rade Krunic and Francesco Caputo sealed the win.