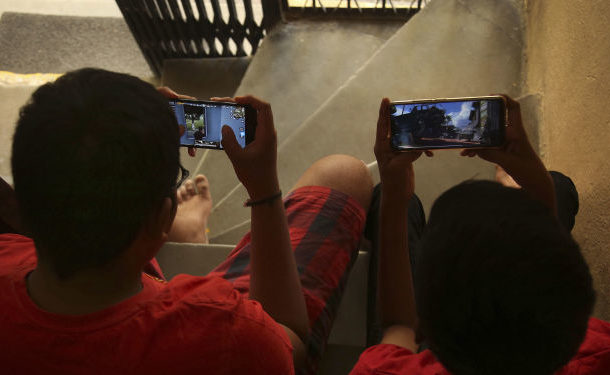 Against the backdrop of the ongoing border disputes, India has banned 233 Chinese apps, citing national security reasons. The banned apps include several popular ones like video-making app TikTok and the mobile game PlayersUnknown Battleground (PUBG). Having lost India’s massive user base, PUBG has joined TikTok in plans to cut ties with China.

The real-time interactive game that lets players from around the world to communicate with each other using their own voices during an ongoing match, was launched by the South Korean video game company Bluehole in 2017. China’s tech giant Tencent, however, holds shares in PUBG's parent companyb leading to its ban in India.
With over 175 million downloads in India as of earlier this year, the multiplayer battle game has been a massive hit among Indian gamers ever since its launch and the company has not taken India’s ban lightly. In a bid to re-enter the Indian market, PUBG has decided to abandon its links with China.
“In light of recent developments, PUBG Corporation has made the decision to no longer authorise the PUBG MOBILE franchise to Tencent Games in India. Moving forward, PUBG Corporation will take on all publishing responsibilities within the country,” PUBG Corp, an internal arm of South Korean firm Bluehole revealed in an official blog post on Monday evening.
After India imposed a ban on the mobile game, which many consider addictive, gaming enthusiasts from India expressed major disappointment, leading to widespread disappointment on social media.
“It (the company) has seen an overwhelming amount of support for the game from the country’s player base. PUBG Corporation fully understands and respects the measures taken by the government as the privacy and security of player data is a top priority for the company. It hopes to work hand-in-hand with the Indian government to find a solution that will allow gamers to once again drop into the battlegrounds while being fully compliant with Indian laws and regulations,” PUBG Corp added.

​Whether or not the Indian government will allow the game to return after it has cut its ties with China remains questionable as of now.
Earlier in August, ByteDance, the Chinese parent company of the short video-making app TikTok, began contemplating avenues to make the app an individual unit, with a new official headquarters away from Beijing.
US-based software giant Microsoft considered buying TikTok, but details on the deliberation remain unclear as of now.
ByteDance was also reportedly in talks with world’s fifth richest Mukesh Ambani-led Reliance Jio to purchase TikTok’s India operations, concrete developments which also remain undisclosed as of now.
At the time, Indian analysts had noted that even if these banned apps were to get away from China, it would be difficult for them to re-establish themselves in India, especially amid the #BoycottMadeinChina movement heating up India. Analysts also noted that India’s “digital strike” against China has escalated beyond a mere show trailer, but it was a needed attempt to make China realize the importance of the Indian market.

India is the world’s second-largest nation in terms of both, internet usage as well as its smartphone market with over 333 million and 500 million users respectively. Hence the country’s ban on Chinese apps is a major attack on China’s business sector and economy.
Recently, China’s commerce ministry reacted to this by saying India’s ban on Chinese apps violate the legal interests of investors, its spokesman Gao Feng also went on to say India must "correct its mistakes."
The border tensions between south Asian nuclear powers India and China have been tense for the past five months. The intense border situation between the countries began worsening after both sides accused each of transgression on the 4,057 km Line of Actual Control (LAC) in India’s Ladakh-situated Galwan Valley on 27 April.
A total of 20 Indian soldiers were  killed in brutal hand-to-hand combat on 15 June.