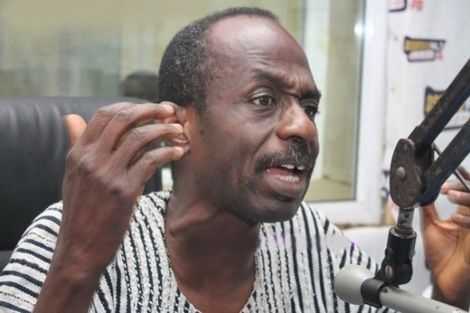 General Secretary of the National Democratic Congress (NDC), Johnson Asiedu Nketia has questioned the essence of opening an investigation  into the Airbus bribery scandal when the ruling New Patriotic Party (NPP) has passed judgment on the matter.

Mr  Asiedu Nketia says  there will be no need for any investigation since the NPP have formed their own conclusion.

President's  Akufo-Addo has directed the country's special prosecutor to begin an investigation into the matter after Airbus confirmed it paid some official in order to win some contracts.

The Crown Court at Southwark in the United Kingdom passed judgment on 31st January 2020, between the Director of the Serious Fraud Office and Airbus SE, in which the European multinational aerospace corporation was fined $3.9 billion for the payment of bribes to secure deals in five countries, including Ghana.

The Office of the President, in this respect, charged the Special Prosecutor, Martin Amidu, to with immediate effect delve into the bottom of the Airbus bribery scandal and investigate the complicity of any public official, "past or present" who may have been involved in the saga.

But the New Patriotic Party ahead of the investigation has revealed the unnamed ‘Government Official 1’ in the Airbus bribery scandal is former President John Dramani Mahama, now presidential candidate of the NDC for the 2020 Elections.

At a press conference in Accra on Monday, the Communications Director of the party, Yaw Buaben Asamoa, said Mahama should tell the country what he knows about GO1 and the processes leading to the purchase of the aircraft from Airbus SE.

“ . . Notwithstanding the referral to the OSP, it is important to note that the former Hon Attorney General’s intervention on behalf of candidate Mahama is very weak and unable to directly respond to the hard facts as put out by the United Kingdom Serious Fraud Office (SFO). It is, therefore, necessary that former President, now Candidate John Dramani Mahama responds directly to the issue himself,” he stressed.

According to the NPP, the serious nature and processes involved in the accusations demand immediate action to remove any dents on the image and reputation of Ghana.

“The companies used to receive the bribe money have been named. The shareholder who is very close to the former President has been named. Document falsification, kickbacks, lies, and overpayments is what the Airbus scandal is all about. And it appears John Mahama is deeply involved," he added.

Commenting on the issue of Airbus scandal on Okay FM’s Ade Akye Abia Morning Show, General Mosquito, as he is affectionately called, questioned the wisdom of the President's directive saying “you claim you are investigating the matter; you have charged a body to investigate the matter and then you turn around to accuse someone as guilty. Have you heard this before and so let them go and investigate the matter?"