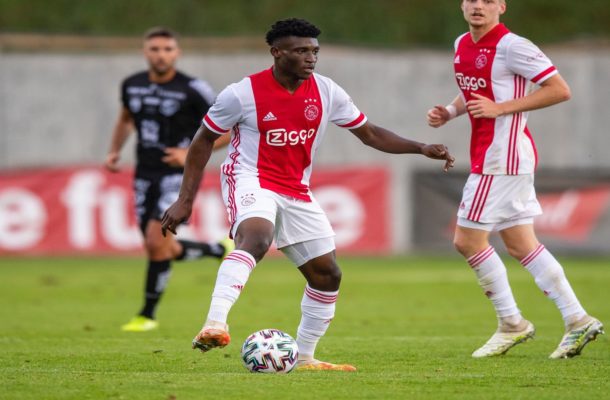 Ghana and Ajax midfielder Kudus Mohammed is excited to have returned to the playing field after months of absence after returning for his club's big win over Sparta Rotterdam on Sunday.

He played prominently and scored as Ajax easily brushed aside Sparta Rotterdam 4-1 in the Dutch Eredivisie game.

The 20 year old Ghanaian midfielder has not been the same person since he injured himself when playing in his Champions League debut for Ajax against Liverpool in October 2020.

He recovered but there were setbacks that derailed his involvement but the midfielder is delighted to be back from his injury nightmares.

"Today was especially important to feel comfortable on the field again after my injury," said Kudus at the press conference, quoted by Ajax Life .

"I'm still learning how my body works," admits the summer purchase. "Maybe I wanted to fast. It was difficult, because it was the first serious injury I experienced. It was a whole new experience for me."

He added: "It was very difficult that the entire campaign passed me by. You dream of that stage. Anyway, the switch had to be made and I had to focus on rehabilitation. I received a lot of encouragement and wishes for improvement from supporters and that helped me with my recovery. Thanks to them! "