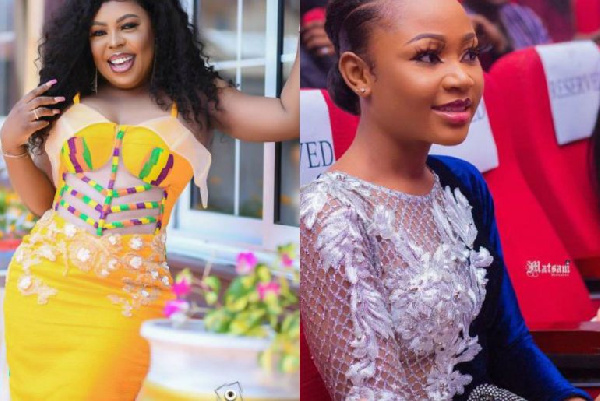 Afia Schwarzenegger who has been fingered by Akuapem Poloo as one of her enemies who leaked her trending naked video online has strongly dismissed the accusation made by the former ex-friend.

Addressing this claim by Poloo that she’s amongst the evil people who dropped her bedroom video on the digital world, the self-proclaimed queen of Ghana comedy has launched an aggressive suicide mission on Poloo.

Whiles speaking in a 6 minutes long video, Afia Schwar described Poloo as an attention-seeking whore, poor and every other thing you can imagine.

She also crowed that Poloo is far beneath her to waste her time and energy on.

Afia Schwar also bragged that, before Poloo became popular in 2017, she had already bought a house and was living lavishly back then so Poloo should shut up.

Check out the video below: