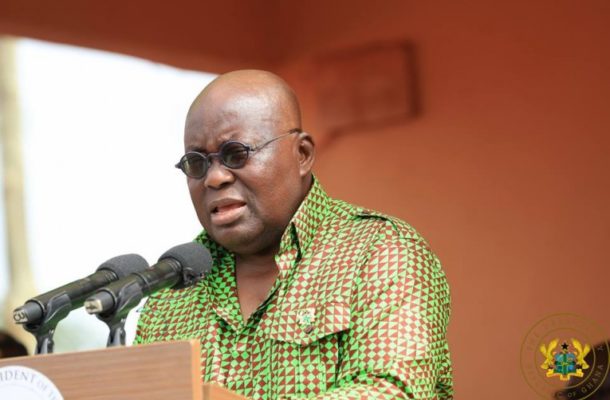 Economics and Finance Professor at the University of Ghana, Godfred Bokpin, has said that the Akufo-Addo government cannot be celebrated for its investment in infrastructure development.

He explained that the New Patriotic Party (NPP) government's investment is not enough to reduce the huge infrastructure deficit that burdens the country’s economy.

“When it comes to infrastructure I cannot celebrate this government because we have not been able to do quite well in the area of reducing the huge infrastructure deficit which further imposes restrictions on the growth drivers of this economy,” he said on Joy FM’s Super Morning Show, Wednesday.

“We need to oil the growth drivers,” he added.

He indicated that the growth drivers of the economy are factors such as technological advancement, increasing labour inputs and accumulating capital stock which significantly contributes to productivity.

As part of the NPP’s 2016 campaign manifesto, they promised initiatives that would boost the economy.

For example, its One District One Factory initiative, reducing unemployment, anchoring natural resource industries, building and improving road structures and developing other branches of infrastructure which seeks to build and improve road structures in the country.

On Tuesday, the Vice President Dr Muhamadu Bawumia led the Results Fair Town Hall Meeting in Kumasi which sought to reveal the promises the government fulfilled since winning the 2016 general elections.

At the Results Fair, he announced that the Akufo-Addo-led government has delivered 78 per cent of its 388 promises.

But speaking on the government’s performance on the Super Morning Show, Prof Bokpin said the Akufo-Addo government can do far better.

“We have a negative output gap going far below our potential and we need to close that gap to the benefit of Ghanaians and make sure that the growth is inclusive for all Ghanaians; growth that comes along with job creation and employment,” he added.


The Professor of Finance explained that government, “has not been able to create the much needed surgical space in order to make the critical infrastructure investment.”

He said as “infrastructure is key in linking individuals and firms economic opportunity and improving the econonmic-wide efficiency,” he is concerned about the lack of objective oriented investments in infrastructure to develop the economy.

“What kind of investment are we making to make sure that Ghana plays a critical role in the knowledge economy, that Ghana is preparing itself for the fourth industrial revolution characterised by network worthiness?”

Emphatically he stated, “these are the issues.” Source: myjoyonline.com