Akufo-Addo has been informed he will lose 2020 elections - Dr. Apaak 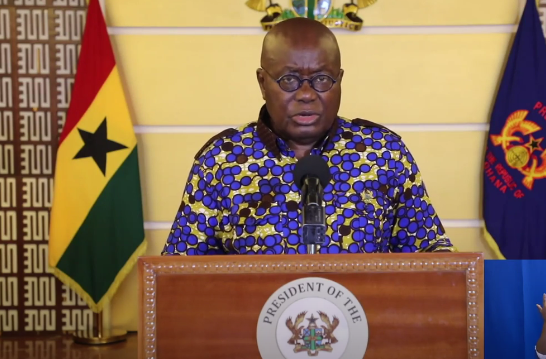 The Member of Parliament for Builsa South Dr Clement Apaak has stated categorically that President Nana Addo Dankwa Akufo-Addo and his appointees are aware they will lose the 2020 general elections.

The legislator says the president has been informed he will lose the polls through a number of research works and surveys conducted by the BNI and other institutions.

He suggested through a piece that the current administration has taken to implementing some of the manifesto promises of the opposition National Democratic Congress (NDC) in order to save them from defeat.

He has however stated the NPP will not escape the massive defeat coming at them on December 7, 2020.

He was reacting to the results of the second wave of the Ghana Election Poll which ran online from July 1 to August 1, 2020, via the renowned market research firm MSI-ACI.

Former President John Mahama would have garnered the most votes, according to results of the second wave of the Ghana Election Poll which ran online from July 1 to August 1, 2020, via the renowned market research firm MSI-ACI.

According to the results, 33% of qualified Ghanaian adult voters out of the weighted sample of 2,055 would vote for President Nana Addo Dankwa Akufo-Addo while 62% would vote for the John Dramani Mahama. Five percent of the respondents would vote for “other candidates”.

In terms of gender, if elections were held today, just over a third of Ghanaian adult males (33%) would vote for Nana Akufo-Addo while a significant 63% of males would vote for John Dramani Mahama.

Reacting to this, Dr Apaak said it was obvious the NPP is losing all their chances hence they are desperate to win at all cost.

He added that if the 2020 polls are held in a transparent, free, and fair manner, the NPP will lose.

He wrote: “Folks, this is no news. Even the polls by Blue Gate (national security), another by the BNI and yet another by the Presidency itself, All Commissioned by NADAA, say the same. They know it’s not going well kraaaaah."

"The NADAA cabinet reelection committee it at its wits end to reverse the trend but so far nothing is working. One of many tactics they are trying is the implementation of many of the manifesto promises contained in the People’s Manifesto, still, it’s not working.

NADAA knows full well that if the December elections are free, fair and transparent he can’t win,"