Akufo-Addo would be hospitalized if he has acute ailments - Hamid 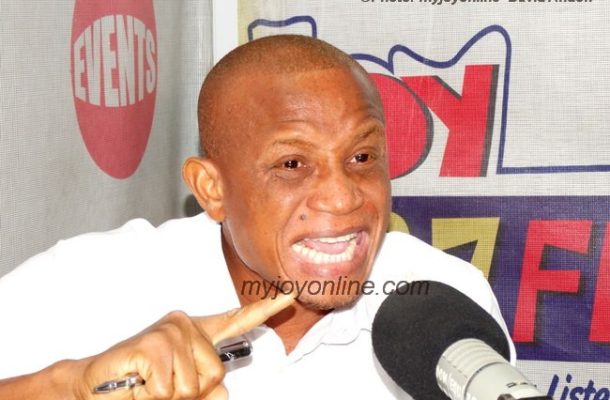 The Spokesperson for the flagbearer of the New Patriotic Party (NPP), Nana Addo Dankwa Akufo-Addo, has dismissed claims that the NPP leader is battling ailments.

He said his discussions with some physicians in the country have revealed Nana Akufo-Addo should have been hospitalized and placed on medication if he had a serious health condition.

“It is not possible for somebody to combine all these diseases and be walking about shouting. The word acute should mean the person should be going to Korle-bu or be in some pain if he has acute cancer,” he said.

An article published in African Watch Magazine Monday reported that the NPP leader has acute cancer which could derail him if he is elected as the President of Ghana. The author quoted a hospital in the UK as the source of his information.

Health politics has become a tool in the hands of politicians in Ghana, especially during election years. The late President John Evans Atta Mills came under attack by both elements within his party, the National Democratic Congress (NDC),  some members of the NPP as well as other parties.

The claims and counter-claims worsened to the point that the only way to dismiss the claim was for the then candidate Mills to jog at the Kotoka International Airport when he returned from a 10 day trip in the United States to show he was physically fit in 2012.

Therefore, the speculation about the health of Mr Akufo-Addo and its politics are not new in Ghana.

Sensing the mischief, the NPP leader has described claims about his health as propaganda engineered by the governing NDC to drown the real issues affecting Ghanaians ahead of the general election.

Even though he has not personally seen the entire article, Mr Hamid said some pages he received from friends through WhatsApp do not carry an article that was thoroughly thought out.

Responding to a question of whether the NPP leader would be ready to disclose his health condition to Ghanaians, Mr Hamid said Ghanaians should rather be interested in the health of President Mahama because he sanctions the use of the taxpayers’ money.

Commenting on the issue, Deputy General Secretary of the NDC, Koku Anyidohu says it would be unfair to attack the health bill of Presidential Candidates.

He says President John Mahama has cautioned the party functionaries and communicators to desist from delving into health conditions of flagbearers ahead of the election.

Mr Anyidohu said the President told them 'Let nobody make the health issue of any flagbearer electoral matter,' adding, the issues put out by the candidates rather need to be interrogated.

He says his brush with the last days of the late President Mills who died in June 2012 has taught him not to make a mockery of the health condition of individuals.

“We are sick as human beings,” he said, adding, “It is God who has been taking care of human beings.”