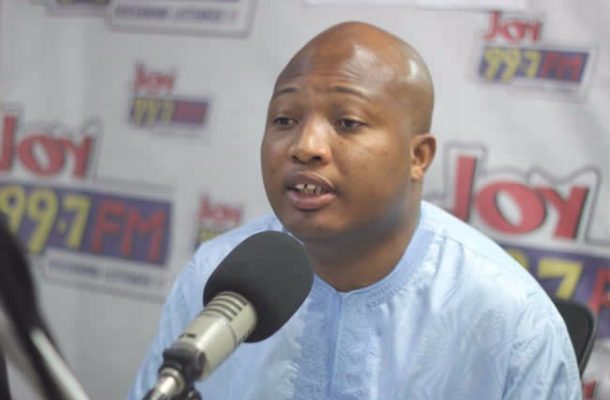 Member of Parliament for North Tongu who doubles as the Minority spokesperson on Foreign Affairs, Samuel Okudzeto Ablakwa, has accused the Akufo-Addo-led government of reducing the Ghana security agencies especially the Ghana Armed Offices to citizenship inspection unit.

Speaking at the NDC press conferences in the Volta Region over the deployment of some military men in the region ahead of the compilation of the new voters registration card, Samuel Okudzeto Ablakwa said “the Ghana armed forces is much respected all over the world. The United Nations, anytime we have attended the General Assembly meeting they mentioned the Ghana Armed forces with pride because of exploits.”

“…Why is Akufo-Addo, as commander in chief, reducing the Ghana Armed forces to some citizenship inspection unit? Why? That the respected, revered military and we have friends in there. They are not enthused one bit. They are boiling with anger, reducing them to a citizenship inspection Unit. (They look and you and say) you, you are a Togolese you can’t come here, go back. Is that the Armed Forces is for?” he quizzed.

At the same event, Fiifi Kwetey, said the New Patriotic Party (NPP) always regarded Voltarians as foreigners accusing the party of harbouring some hatred towards any group of people that they perceived as standing between them and their desire for absolute political power in the country.

According to Fiifi Kwetey, the NPP’s hatred towards people from the Volta Region has been in existence for long revealing that a member of the NPP once took President Rawlings to court over claims that he was not a Ghanaian.

“The bottom line is that as far as the NPP is concerned, the people of the Volta region are foreigners; the Ewes are not Ghanaians. People who do not know this might be surprised about this statement. So, let us do a systematic elaboration to establish this beyond any doubt. To begin, let us remind everyone especially the young people of Ghana that the NPP family has been on record, accusing the founder of our country, Kwame Nkrumah of being a foreigner. Specifically, they said he was from Liberia.” He averred.