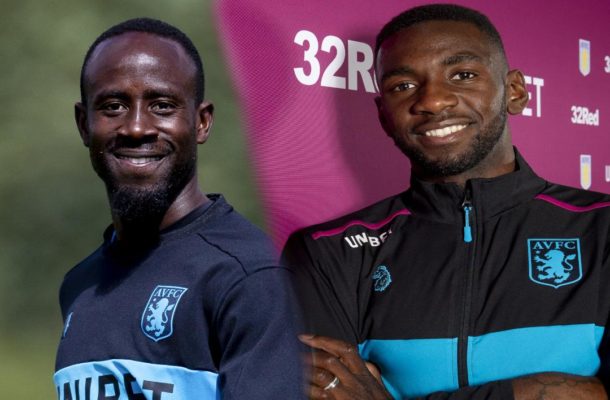 Bruce was willing to let Adomah leave Villa after capturing wingers Yannick Bolasie and Anwar El Ghazi on loan from Everton and Lille respectively, but a return to Middlesbrough fell through.


The news comes just months after Adomah completed one of the best seasons of his professional career, scoring 15 times to claim Villa’s players’ player of the year award.

And the winger’s brother, who goes by the name of Quick Sessions on Twitter, has furiously hit out.

He posted: “F*** Bruce. There’s no loyalty in football anymore. My brother was loyal to Villa and still is. Saved a man’s job and the man forgot.

“When he got left out the team last year, he could have gone on loan to a Prem/top Championship team but decided to stay because he loves Villa. Stayed and only got back in the team by chance, and saved the man’s job.

“He is calm. If he is still at Villa come after deadline day, he will be on a mission when needed.

Not featuring in Bruce’s plans is nothing new to Adomah who was cast aside at the beginning of last season.

He fought his way back on that occasion and became undroppable after a September brace against Barnsley.

Adomah's challenge now is to prove Bruce wrong once again.