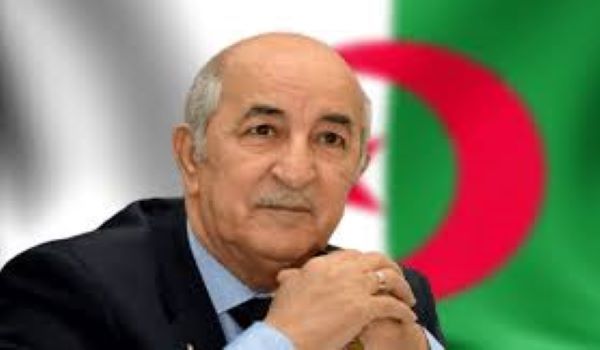 "French is a spoil of war, but English is an international language," he said.

Algeria gained independence from France in 1962 after a bloody eight-year war that continues to complicate relations between the two countries.

The continued use of French at institutions and the administration of business is a sensitive topic.

Arabic and Tamazight, which is spoken by the Amazigh or Berber minority, are the country's official languages.

President Tebboune, in an interview recorded by state-run TV on Saturday, was responding to growing demands from academics and undergraduates.

They say English should be offered as a subject earlier as it is the language of instruction at university for those studying medicine and engineering.

Under the current curriculum, English is offered at secondary school to students from the age of 14, while pupils start French when they are nine years old.

The president's comments come from an extract of a wide-ranging interview to be broadcast in full later on Sunday.

A similar initiative was launched in the early 1990s for parents to be given the right to choose between French and English for their children at junior school.

But it caused outrage in France and a pro-French lobby within the Algerian government called for the scheme to be dropped. In the end, the education minister was sacked.