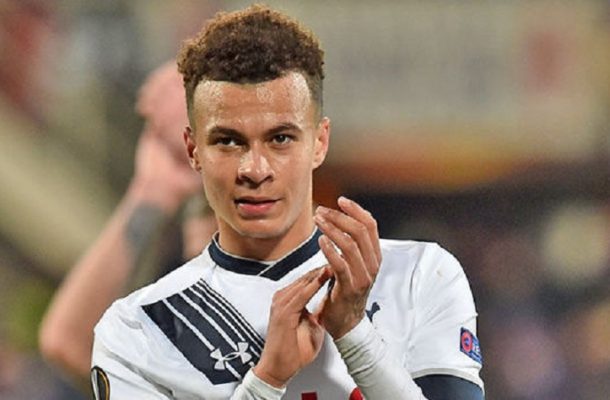 Tottenham turned on the style to end Pep Guardiola's unbeaten start as Manchester City manager in a superb 2-0 victory at White Hart Lane on Sunday.

City had won 10 and drawn one of their opening 11 competitive matches under Guardiola and another win would have seen the Catalan stand alone with the best start to a managerial career in the Premier League.

But Tottenham, who now stand as the only unbeaten side in the league, were rewarded for a sublime display in front of their home supporters, with Mauricio Pochettino's men fully deserving of the three points for a slick and vibrant attacking display.

There were signs of City's defensive frailties in the midweek 3-3 Champions League draw against Celtic and Aleksandar Kolarov - at fault for the Bhoys' third on Wednesday - gifted Tottenham the opener with a woeful own goal.

It was 2-0 before the break when impressive duo Dele Alli and Son Heung-min combined brilliantly for the former to leave City facing an uphill task with a calm finish.

Tottenham had chances to make it three after the break and Erik Lamela missed a 65th-minute penalty, with regular taker Harry Kane still absent through injury.

Luckily for Spurs that did not prove costly and on this evidence Pochettino's men, who are now just one point adrift of the league leaders, are very much contenders for the title.

David Silva could have put City into a fourth-minute lead had he made any contact at the near post from Jesus Navas' low right-wing centre.

However, Spurs' fluent attacking play was causing problems for the City defence with Son a particular threat.

Tottenham broke the deadlock in comical circumstances, though. Kolarov - under no pressure - inexplicably miskicked his clearance from Danny Rose's deep left-wing cross past a helpless Claudio Bravo.

Spurs continued in the ascendancy and Son tested Bravo with a near-post drive, before Christian Eriksen flashed a 20-yard free-kick past the left-hand post.

The visitors were perhaps fortunate not to have Nicolas Otamendi sent off for a second bookable offence for a trip on Alli, but it was deservedly 2-0 before the interval.

Alli got a lucky break when his pass deflected off Pablo Zabaleta into Son's path and the England midfielder continued his run to take Son's throughball before coolly slotting past Bravo.

There was no let-up after the break and Son curled a left-foot effort wide, before Bravo parried a low 25-yard drive from Victor Wanyama to safety.

The home side survived a scare when Sergio Aguero sprung the offside trap to hit a left-foot shot at Hugo Lloris that eventually bounced to safety off the post.

From there, City showed signs of improvement going forward, but a couple of shaky moments in defence twice led to chances for Eriksen.

Tottenham then had a great chance to put the match beyond doubt when Fernandinho was penalised for a clumsy trip on Alli in the penalty area, but Bravo dived to his left to keep out Lamela's spot-kick.

Lloris had to be alert to make smart stops from Kelechi Iheanacho and Aguero as City applied the pressure in the closing stages, but the visitors were unable to preserve their unbeaten status under Guardiola.