Amaliba will burn first if Ghana should burn – Saaka Salia 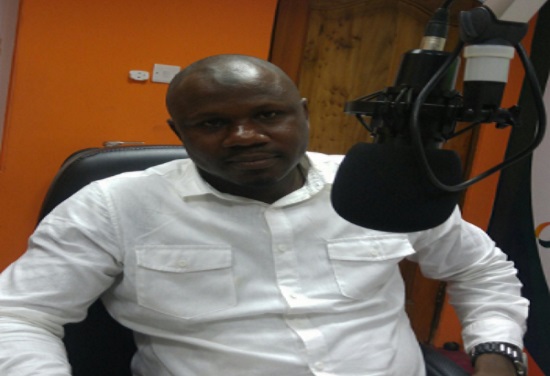 A member of the Communications team of the governing New Patriotic Party(NPP) Saaka Salia, has slammed lawyer and Member of the opposition National Democratic Congress (NDC), Abraham Amaliba, and warned that the latter will be the first casualty if Ghana should burn as he(Amaliba) has threatened.

Mr Amaliba has warned that the peace that the country has enjoyed over the years will be terribly disturbed if the Akufo Addo led-government does not stop using the system to harass the EC Boss in a bid to remove her out of office.

The embattled EC Chairperson is expected to answer for six allegations out of the 27 accusations leveled against her by her two deputies Amadu Sulley (in charge of Operations), and Georgina Amankwa (in charge of Corporate Services).This follows her appearing before the Chief Justice at the Supreme Court on Monday, December 11, after the President forwarded a petition by Forson Ampofoh and Godsway Dzado, both drivers at the EC office for her impeachment in relation to alleged corruption and mismanagement.The two deputies are to also answer for their alleged roles in the disappearance of some GHS480,000 from the EC’s Endowment Fund, among other allegations.Commenting on the development, Lawyer Amaliba cautioned the NPP to desist from hounding Charlotte Osei from office or face the repercussion.

“…What has the woman done? She has declared election results in your favour and so what again do they want from her that they are using the process to harass her?

“Where are the CDDs? Where are the Occupy Ghanas? If it were to be the NDC government all these people would be speaking by now. Where is Emile Short? Where is Professor Martey? This country will burn and we will see where all of us will be and so they should continue doing it.”
But commenting on Lawyer Amaliba’s outburst, Saaka Salia speaking to Akwasi Nsiah on Si Mi So on Kasapa FM warned that Amaliba will pay dearly should he and his cohorts disturb the peace of this country.

“Let me tell Amaliba that if Ghana will burn he’ll be the fist person to burn, has he ever fired a gun before? he should be very careful with his loose-talk, if he Amaliba can burn a fly, others can burn more than a fly. He’s no body, the NDC just wants blackmail the committee that will sit on EC Boss’s case, so that the committee will have no choice than to exonerate her. It is even contempt of the process and therefore Abraham Amaliba must be hauled before the committee to answer for his pronouncement.”