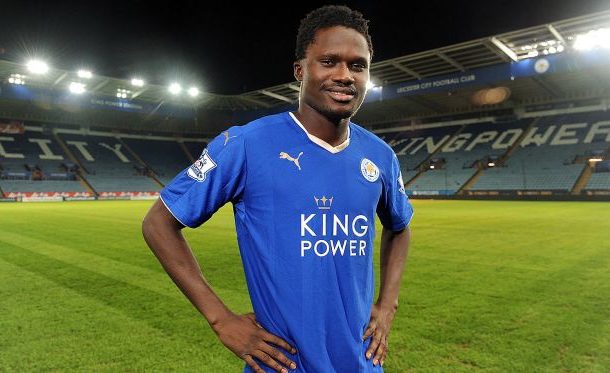 Ghana defender Daniel Amartey played in an unusual midfield role as English champions Leicester City were beaten by a troubled Hull City side.

The Ghanaian who was left out of Leicester's 2-1 loss to Manchester United in the Community Shield was given the final 30 minutes of the game to play in the Ngolo Kante role and did not disappoint.

His team however lost out to a manager less Hull City thanks to goals from Adama Diamande and Robert Snodgrass whose finish was truly holy.

Last season’s PFA player of the year Riyad Mahrez halved the score line for Leicester but it ended up being a face saving goal for Claudio Ranieri's men.

Amartey was thrown in for Andy King on the 68th minute and did his job diligently though he will be feeling the pain of losing the first game of the season.

His fellow Ghanaian Jeffrey Schlupp is on the cusp of move to West Brom and was left out of the team that played Hull today.