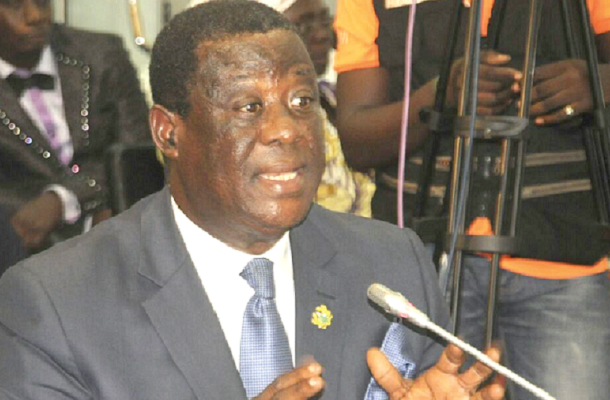 The Ghana Chamber of Construction Industry (GhCCI) has slammed the Minister-designate for Roads and Highways, Kwasi Amoako-Attah, over his comments that local contractors lack the capacity to undertake the construction of interchanges in the country.

Mr Amoako-Attah during his vetting on Tuesday claimed that the government signed a contract with the Portuguese conglomerate Mota-Engil to construct some interchanges because it has the ability to carry out the projects, unlike Ghanaian construction firms.

But the Chief Executive of the Ghana Chamber of Construction Industry (GhCCI) Mr Emmanuel Cherry in an interview Starr Fm said the Minister should be ashamed of his comments.

“In our last press release, we stated categorically that if the minister is given the nod, we should look at local expertise before looking elsewhere…[so] if a minister appears before a vetting committee and says that the local contractors do not have the capacity to construct some interchanges, it’s a shame to him,” Mr Cherry said.

He meanwhile agrees with the Minister-designate over his intention to increase roads tolls if approved by Parliament’s Appointments Committee.

Mr Kwasi Amoako-Attah during his vetting said he will increase road tolls if given the nod.

“If I am given the approval, it’s one of the things I am going to do immediately. There is going to be a proposal to increase the toll rate, and I am going to bring to this house [Parliament] for support”, Mr Amoako-Attah suggested.

According to Mr Cherry, increasing the tolls will help in the development of roads and other sectors of the country.

“I agree with the Minister-designate for road tolls to be increased. It’s not because of contractors but because of road demands…To me, we already have on our table a proposal should the minister be passed. We’re in 200% agreement with him.

“We are competing on the same small roads and it brings heavy traffic. So as a leader you should think outside the box and we agree with him." He added.