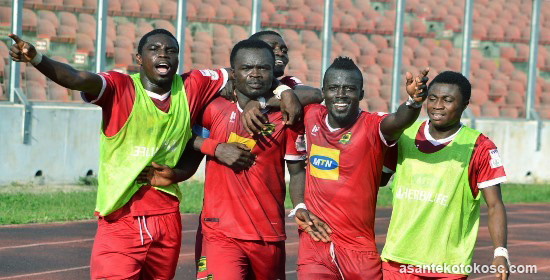 Maverick former Asante Kotoko player Samuel Kyere has laid into his former captain at Asante Kotoko Amos Frimpong for being a stooge and a yes-man who could not fight for the welfare of the players.

Kyere after the departure of the coach who brought him to the team David Duncan never saw eye to eye with the caretaker boss Michael Osei, who he abused in the media and was thrown into the reserves.

According the defender, Michael Osei never liked him and always made him look like an indiscipline player.

He says Michael Osei sabotaged him at Kotoko but the then captain Amos Frimpong was toothless and unable to defend the players.


“I was not indiscipline in the team as was portrayed by coach Michael Osei. He always talked about whatever I did, using me as an example whenever he was giving a speech,” Kyere told Ashh FM.

“We had nobody to explain our issues with and Amos Frimpong, who was the captain at Asante Kotoko was not able to fight for the players. For me, he was a weak leader.”

The controversial Samuel Kyere has been unattached since parting ways with Techiman City in 2016.