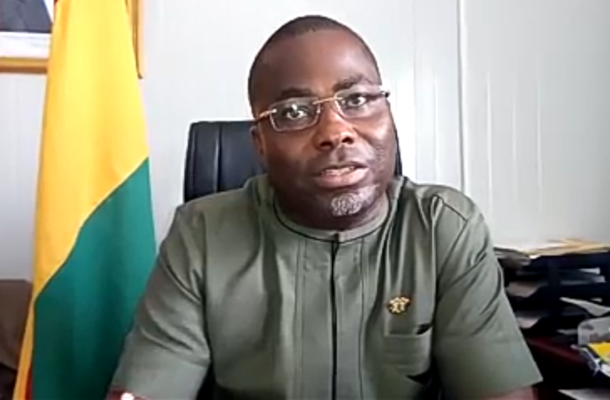 Investigative journalist Anas Aremeyaw Anas hit back strongly at the CID and their purported exoneration of Mr. Charles Bissue in a statement released.

According to the statement "Tigereye PI has become aware of a purported statement from the Criminal Investigative Department (CID) of the Ghana Police Service which suggests that the Police is no longer interested in investigating "The Galamsey Fraud Part 1" undercover investigations undertaking by Tigereye PI."

It further adds that the Police claim to have ended the case but they wrote further to the office of the Special Prosecutor to carry out an investigation into the alleged crime.

The Criminal Investigations Department (CID) of the Ghana Police Service has exonerated the former Secretary to the Inter-Ministerial Committee on illegal Mining (IMCIM), Mr Charles Cromwell Nanabanyin Onuawonto Bissue, from allegations of corruption.

After thorough investigations, the CID, in a final report, concluded that Mr Bissue did not circumvent the laid down procedures of the IMCIM to favour ORR Resource Enterprise, the company at the centre of the incident.

In a letter to the President in March this year, Mr Bissue, who is also a Presidential Staffer, decided to step aside to avail himself for investigations after he had allegedly been accused by Anas Aremeyaw Anas’s Tiger Eye PI documentary on galamsey fraud.

The documentary alleged that the secretary was involved in alleged shady deals to facilitate processes for ORR Resource Enterprise.

COPY OF FULL STATEMENT BELOW 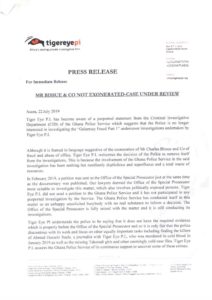 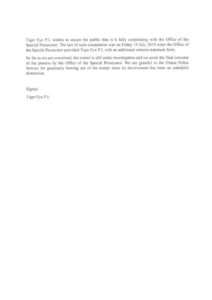