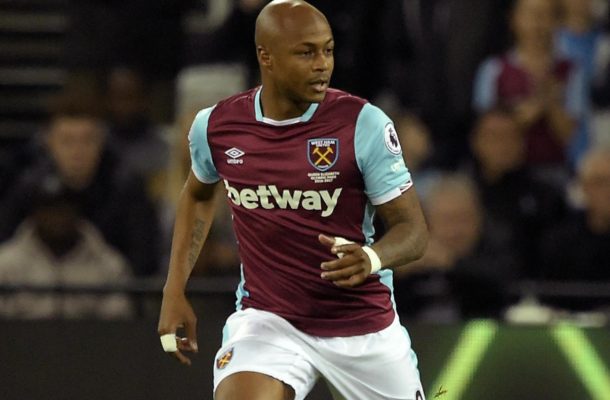 Ghana midfielder Andre Ayew was named in the starting XI in the exciting 3-3 draw against Premier League relegation rivals Bournemouth at Vitality Stadium on Boxing Day.

Ayew had an uninspiring game and was substituted for Chicharito in the 61st minute with the score at 2-1 against West Ham.

Defender Collins put the Hammers ahead just 7 minutes into the game but were pegged back when Gosling equalized for in the 27th minute.

The Cherries took the lead in the 59th minute courtesy of a Nathan Ake goal, but a double from summer signing Marko Arnautovic put David Moyes’s men up 3-2 late in the game.

There was room for one last drama in the dying minutes of the game when Bournemouth striker Callum Wilson grabbed a controversial leveler at the death to ensure both teams shared the spoils.