Andre Ayew is better than our level - Steve Cooper 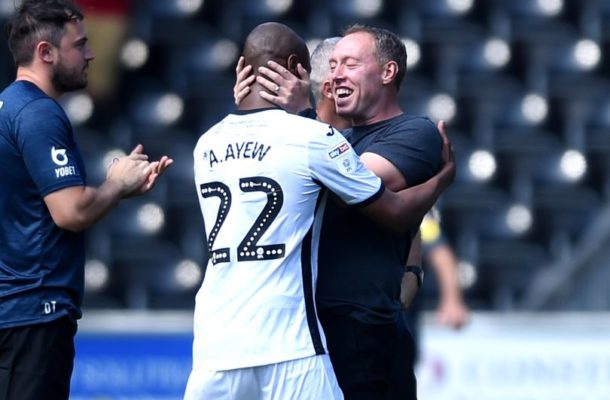 Swansea City manager Steve Cooper has admitted that Andre Ayew is better than their current level which is the Championship.

The manager is set to hold talks with the 30 year old forward who was very instrumental for the club this season in their march to the Championship play off.

The Ghana captain shone upon his return to the Liberty Stadium following a season-long loan at Fenerbahce, scoring 18 times in all competitions in Cooper's debut campaign in charge.

However, Ayew's wages are a major drain on the club's finances, meaning they will most likely need to offload the 30-year-old in the coming weeks.

He has just entered the final year of his contract with the Swans, and it's understood he's been the recipient of numerous offers, most notably from clubs in the Middle East.

And Cooper admits Ayew will have given his future plenty of thought after what was a remarkable 2019/20 season for the attacker.

"Andre's got another year left on his contract. I understand that it'll be a talking point of whether he stays or goes," said Cooper.

"I would like nothing more than for Andre to be playing with us again next season.

“We have seen the real level of player he is this year, with the goals he has scored and the impact he has had on and off the pitch. It’s been brilliant to work with him.

“But I understand Andre is a better player than the Championship. That’s a matter of fact and I am sure he will have offers to do that.

"We haven't had that conversation yet personally because we've committed to finishing as high as we can in the league initially and then obviously the play-off venture. But we'll be speaking in the next few days to see where it's at."